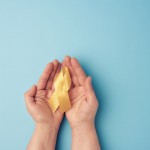 In the aftermath of the riot of Trump supporters at the U.S. Capitol on January 6, U.S. Capitol Police Officer Howard Liebengood and D.C. Police Officer Jeffrey Smith died by suicide. Christopher Stanton Georgia, one of the rioters from Georgia who was charged by police, also died by suicide. Their deaths show that events such as the Capitol riot can ... END_OF_DOCUMENT_TOKEN_TO_BE_REPLACED