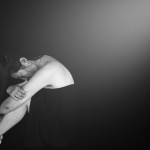 The United States over the past few weeks has been engaged in a national discussion stemming from accusations about sexual harassment and sexual assault against women. Based on reports, these acts involved egregious disregard of the human rights and dignity of women. The national outcry spoke to the fact that sexual abuse—in all forms—is an affront to all Americans, not ... END_OF_DOCUMENT_TOKEN_TO_BE_REPLACED