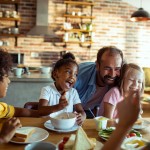 November is National Adoption Month. It is a time to raise awareness for children and youth in foster care who are waiting for permanent families. Social workers across the country work to ensure the stability and safety of many of them. The Children’s Bureau, within the U.S. Department of Health and Human Services, funds the National Adoption Month initiative each ... END_OF_DOCUMENT_TOKEN_TO_BE_REPLACED