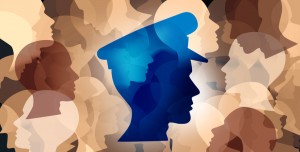 Police in Rochester, NY on Jan. 30 used pepper spray and handcuffs to subdue a nine-year-old girl. The incident leading up to this police encounter is reported to have been related to an emergency crisis call from the girl’s parents for exhibiting threatening and suicidal ideation behaviors.

There is no indication the child had a weapon or placed the police in danger of death or injury. The pepper spray and handcuffs were reportedly used to manage her highly agitated state of mind.  The city’s police officials indicated that the officers were within Rochester’s use of force protocols. However, NASW agrees with the cries of outrage that the Rochester community expressed over how the child’s mental health crisis was handled.

This is especially true, given that the city recently launched a Person in Crisis Team (PIC), which was created as Rochester’s response to reimagining its  Office of Crisis Intervention Services. PIC teams, staffed by social workers, were formed to divert away mental health crisis responses from the city’s police department. The PIC teams recently became operational but for some reason  were not summoned for the crisis call concerning this child.

This horrible incident reinforces the need for national use of force standards that prohibit the use of “irritants” such as pepper spray and handcuff restraints on children (allowing for rare exceptions).  In addition, the incident demonstrates the importance of reimaging emergency response systems associated with mental health and suicide crisis. That the City of Rochester created the PIC teams is a positive action. It is our hope that this diversion program becomes an integral part of their public safety system. Perhaps, cases such as that of this young girl can be avoided.