The National Association of Social Workers (NASW) is a partner in the Campaign to Change Direction, a nationwide movement led by Give an Hour to address the urgent need to get more people to discuss mental health, mental illness and mental well-being.

NASW CEO Angelo McClain, PhD, LICSW, on March 4 will take part in a summit at the Newseum in Washington, D.C. to formally kick off the campaign. McClain will join a panel discussion with Saul Levin, MD, MPA, CEO/MDO of the American Psychiatric Association and Norman Anderson, PhD, CEO/Executive Vice President of the American Psychological Association, to discuss the role of associations in educating the public about mental health. 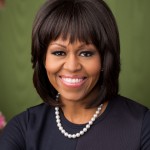 Give an Hour is national nonprofit organization that allows mental health professionals to donate one hour a week to provide counseling to returning troops and their families. NASW is a supporter of Give and Hour and is a founding member of the Change Direction Campaign.

About one out of five people, or 42.5 million American adults, suffers from a diagnosable mental health condition. Half of lifetime cases of mental disorders begin by age 14.

As part of the Change Direction Campaign NASW has pledged to work with its members to educate the public about the five signs that an individual or a loved one may be suffering from a mental illness.

The five signs someone may be suffering from a mental illness are:

NASW has Mental Health Resources to help educate the public about the signs of mental illness. The Change Direction summit will take place March 4, 2015 from 9 a.m. to 1 p.m. at the Newseum at 555 Pennsylvania Avenue, N.W. in Washington D.C. The event will be livestreamed at http://www.changedirection.org.