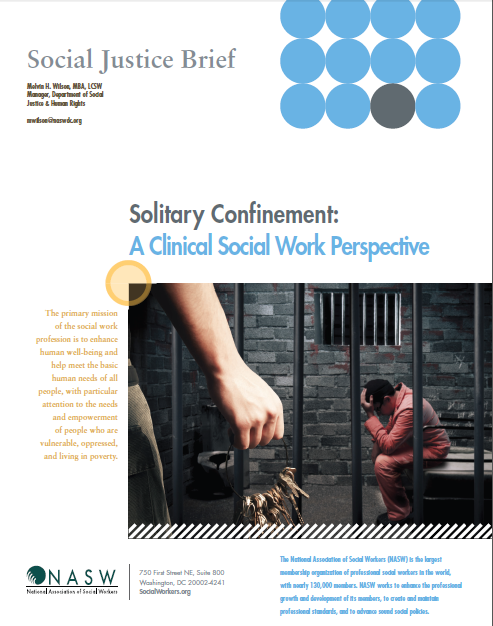 On any given day 80,000 to 100,000 inmates in U.S. prisons, jails or juvenile detention facilities are in solitary confinement.

The practice can cause long-term damage to the mental health of inmates.

This Social Justice Brief from the National Association of Social Workers (NASW), Solitary Confinement: A Clinical Social Work Perspective, offers and overview of this issue. It urges social workers to advocate to end this destructive practice but also offers guidance on how social workers can help inmates who are currently in solitary confinement or have experienced it.