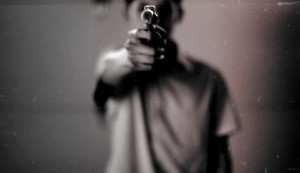 The National Association of Social Workers (NASW)  has openly expressed alarm at the frequency of gun-related mass murder and the high annual death and serious injury rate related to guns.  Given the number of people, including children, who suffer from gun violence each year, NASW agreed with others that this constitutes a public health crisis for our nation.

Therefore, NASW was dismayed to learn that in 1995 Congress forbade the Centers for Disease Control (CDC) from conducting comprehensive research on the causes and prevention of gun violence in the United States. In response, NASW joined a nation coalition of more than 100 health and public health organizations to press Congress to reverse the ban on CDC Gun Violence research. The lead organization for the coalition is Doctors for America.

On behalf of this coalition, Doctors for America sent a formal letter to the Senate Appropriations Committee asking that they lift gun research ban. Again, over 100 organizations, including NASW signed onto the letter. Here is a full copy of the letter.

NASW will continue to work with the coalition to help find public health solutions to the tragedy of gun violence. The effort to restore CDC’s ability to conduct research on the topic is only a beginning.