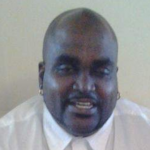 In what seems to be an unending national dilemma, the country is again grappling with the shooting deaths of black men during encounters with law enforcement officers.

In Tulsa, Okla. police approached a vehicle in a traffic stop-related encounter with Terence Crutcher, 40. The officers were initially responding to a report of a stalled vehicle.

Crutcher, who was unarmed and not resisting, was shot with a stun gun by one officer and shot with a pistol by a second officer. The gunshot wound was the cause of his death. The officer who fired the fatal shot – Betty Jo Shelby – has been charged with first degree manslaughter.

Keith Lamont Scott, 43, an African American man from Charlotte, NC, also suffered fatal gunshot wounds by a policeman. The circumstances and justification for this shooting is ambiguous. 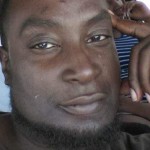 Scott was approached by police while they were seeking an arrest of another man on outstanding warrants. The Charlotte Police Department has released some video of the incident but the results are inconclusive with police saying Crutcher was armed while others say he was not threatening officers with a weapon when he was shot.

Further complicating matters is the fact Scott suffered from Traumatic Brain Injury (TBI) and had taken medication just prior to the shooting.

The incidents involving Scott and Crutcher rekindled a national outcry and debate about racial disparities in the use of lethal force by police.

The National Association of Social Workers (NASW) recognizes and embraces the crucial, necessary, and dangerous role that law enforcement officers play in maintaining public safety for all segments of our society. The association also recognizes that our society cannot ignore compelling evidence that men of color, especially black men, are more likely to be killed during a use-of-force encounter with police than other racial or ethnic groups.

Respecting the role of police in maintaining public safety and eliminating racial disparities in in pursuit of public safety are not mutually exclusive. With that in mind, NASW makes the following recommendations in light of these recent events: