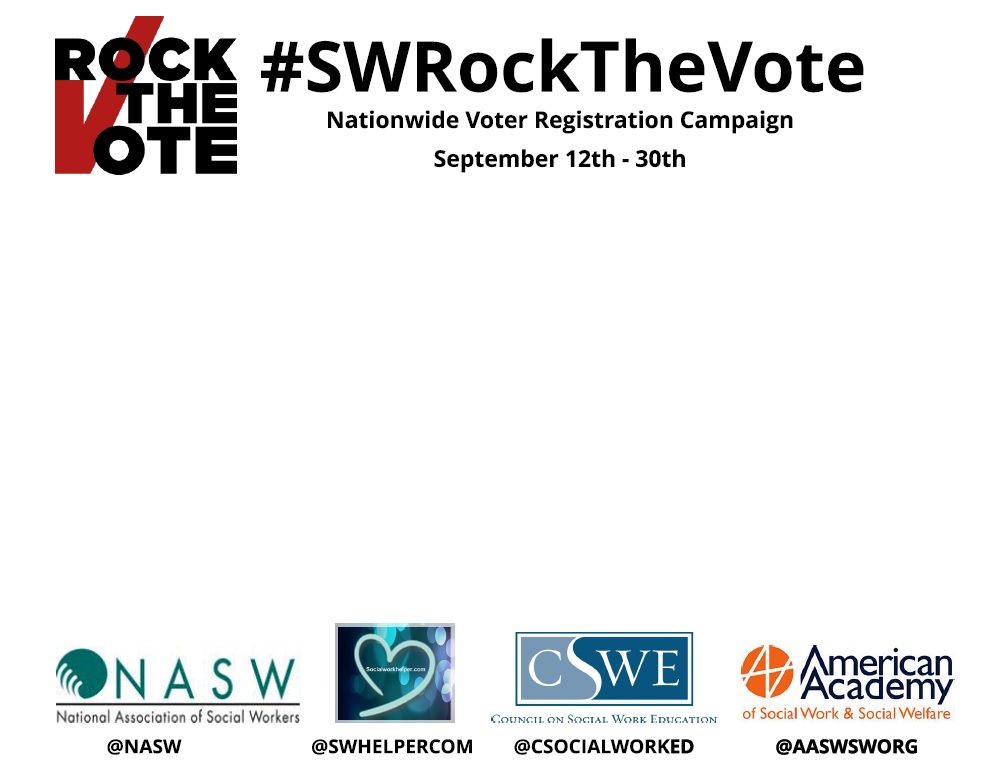 The National Association of Social Workers (NASW) is proud to join Social Work Helper Magazine and the American Academy of Social Work and Social Welfare (AASWSW) and Council on Social Work Education in a voter registration campaign from Rock the Vote .

Social workers have long played a key role in ensuring all Americans have the right to vote.  Social workers supported the Voting Rights Act of 1965. And NASW continues to push Congress to restore voting rights protections that were gutted by a 2013 U.S. Supreme Court ruling.

We are launching an online and on-the-ground voter registration campaign (#SWRocktheVote) across the nation. We ask that each social worker and social work student get involved by registering five people to vote by September 30.

Here are ways you can register people to vote:

*Twenty two states impose penalties if mail-in forms are not turned in within 48 hours after they are collected.

We also invite you to take a photo with our #SWRocktheVote Campaign Sheet (swrockthevoteupdate) telling us why voting is important and post on social media using the hashtag #SWRocktheVote! 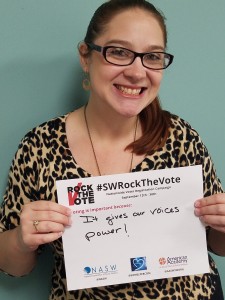 NASW Code of Ethics on Social and Political Action

Information about Rock the Vote Campaigns:

Divided America: This Associated Press series looks at why Americans are voting the way they do.