Judge Jackson and attorney Jackson-Akiwumi are exceptionally qualified and have devoted their careers to pursuing equal justice under the law. If both are confirmed, they would be the first Black women appointed to any federal appellate court in nearly 10 years. The omission of Black women from the federal judiciary has been a problem that President Biden seeks to remedy. It is essential that the federal judiciary represents and reflects the country’s racial and gender diversity. Such diversity on the federal bench leads to informed decision-making and helps build trust of our judiciary from communities of color. Confirming Judge Jackson and Ms. Jackson-Akiwumi to the Circuit Court of Appeals will go a long way in building that trust. 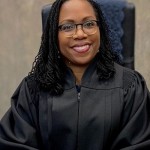 Judge Ketanji Brown Jackson’s career has demonstrated a strong commitment to civil and human rights.  Since 2013, she has shown herself to be a fair-minded jurist on the U.S. District Court for the District of Columbia. Judge Jackson’s prior experience includes serving as vice chair of the U.S. Sentencing Commission, working as a successful private practice attorney, serving as a federal public defender, and having clerked for Judge Patti Saris of the U.S. District Court for the District of Massachusetts, Judge Bruce Selye of the U.S. Court of Appeals, and Associate Justice Stephen Breyer of the U.S. Supreme Court. Judge Jackson graduated from Harvard-Radcliffe College and Harvard Law School.

During her tenure on the U.S. District Court for the District of Columbia. she has issued rulings in more than 550 cases. In so doing, she has demonstrated a commitment to civil and human. For example, Judge Jackson has: 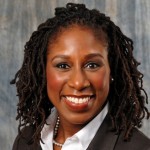 Ms. Jackson-Akiwumi is highly qualified and has an exemplary record of defending and protecting the rights of all people. She is currently in private practice. For 10 years, Ms. Jackson-Akiwumi served as a staff attorney for the Federal Defender Program for the Northern District of Illinois, Inc., representing more than 400 clients who could not afford counsel. She has clerked for Judge David Cora of the U.S. District Court for the Northern District of Illinois and Judge Roger Gregory of the U.S. Court of Appeals for the Fourth Circuit. She is a graduate of Yale Law School and Princeton University.

While her legal education and qualifications are impressive, it is her work as a public defender that truly stands out. If confirmed, Ms. Jackson Akiwumi would be the first Seventh Circuit judge who spent most of their career as a public defender. This is a highly significant detail.  Federal public defenders play a critical role in America’s criminal-legal system. However, they are underrepresented as judges in the federal judiciary.

During her time as a public defender, Ms. Jackson-Akiwumi demonstrated a deep commitment to upholding the rights of communities that have been marginalized by the criminal-legal system, including communities of color and those with disabilities.

Ms. Jackson-Akiwumi’s commitment helping marginalized individuals is exemplified by her comments about her work at the Federal Defender Program “… I am a lay social worker: many of our clients have disadvantaged backgrounds, extensive mental health histories, substance abuse issues, and other everyday challenges.”

It is without a doubt that Judge Jackson and Ms. Jackson-Akiwumi deserve to be confirmed to serve on the U.S. Circuit Court of Appeals. Not only because their appointments would bring needed diversity to the federal court system, but also because they are highly qualified, and deeply experienced.  The Senate has no other options but to confirm them to the bench.