The Trump administration has proposed $763 billion in budget cuts over the next 10 years. 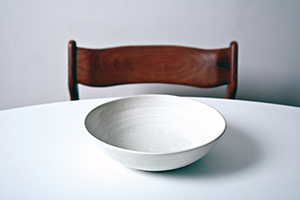 These cuts would repeal the Affordable Care Act and eliminate the Medicaid expansion, as well as greatly change how the Supplemental Nutrition Assistance Program (SNAP) functions and set up work requirements for many who receive government subsidies — all programs that affect the people social workers strive to help.

For now, these are all what-ifs, because luckily for those who rely on supplemental government assistance, the U.S. House of Representatives has so far rejected the fiscal year 2019 budget, and Congress has rejected the House’s first attempt at a farm bill.

The president’s budget each year covers all government-sponsored programs, and each administration then needs approval from Congress to fund the budget. But social work experts don’t see that approval happening this summer leading up to the September budget deadline.

If, for example, Congress wanted to change Medicaid right now, they would have to pass a budget resolution, which social worker Deborah Weinstein said they won’t do.

Anything the administration tries to pass would need 60 votes in the Senate, “and they don’t have 60 votes to make these kinds of restrictions in the Medicaid program,” said Weinstein, executive director of the Coalition on Human Needs in Washington, D.C.

While Weinstein isn’t concerned about President Trump’s budget passing in its present form, she said more work needs to be done to preserve programs important to social workers and the people they serve.

“We need to be alert to the various ways (legislators are) trying” to make cuts, she said. “They’re looking for these backdoor ways. That is what the work requirements would do.”

Those looking to make cuts to programs are working on appropriations bills and other pieces of legislation — in particular, the farm bill, which affects agriculture programs and includes proposals to change SNAP.

From the July 2018 NASW News. Read the full story here.