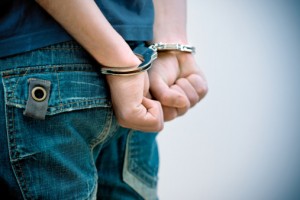 One of the concerns of social work is youth violence. Social workers seek to prevent and intervene in youth violence and in aggression in school settings. Learning how best to curb youth violence greatly benefits social workers in the field. Implied in the phrase “juvenile corrections” is the ideal of correcting the behavior of youth who commit offenses in the hopes that they will not recidivate. Unfortunately, the needs of correction can often come in conflict with the “tough on crime” attitudes of politicians and society at large. What then, are better ways to reduce recidivism among juvenile offenders?

In a recent issue of Social Work Research, Joseph P. Ryan, Laura S. Abrams and Hui Huang publish a study they did of juvenile offenders receiving differing judicial dispositions, and how that affected the rates of recidivism. They compared the rates of recidivism for juveniles sentenced to three different judicial dispositions: in-home probation, group-home placement, and probation camp (a secure setting). The researchers found that compared to in-home probation, the likelihood of recidivism was 2.12 time greater for youths assigned to probation camps, and 1.28 times greater for youths assigned to group homes. (African-American adolescents, Hispanic adolescents, and adolescents with open child welfare cases were also at an increased risk of recidivism.)

The findings from the study indicate that in-home probation is more sensible and effective in interrupting criminal trajectories for first-time violent offenders, when compared with out-of-home dispositions. The authors conclude:

This is an important finding because it helps the field identify effective and efficient strategies for interrupting criminal careers that do not disrupt important social bonds to family, peers and school. Empirical evidence, rather than popular rhetoric, should serve as the driving force for public policy and clinical innovations in working with violent young people.