The National Association of Social Workers (NASW) has announced North Carolina social worker John Cowart is recipient of its National Social Worker of the Year Award for his outstanding and compassionate work improving the well-being of our nation’s veterans. 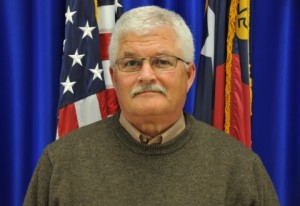 “John Cowart has provided direct services to generations of our nation’s brave veterans, including those who served in the Spanish American War, World War I and II, the Korean War, Vietnam War, Gulf War and the Afghanistan and Iraq wars,” said NASW CEO Angelo McClain, PhD, LICSW. “His work has been awe-inspiring, innovative, and inspirational.”

In his role as the former Prisoner of War Coordinator for the Veterans Administration (VA) in Asheville, NC, Cowart, MSW, LCSW, organized weekend reunions for the survivors of the World War II battles of Bataan and Corregidor.  For 15 years Cowart also arranged and financed a Washington, D.C. trip for veterans living with posttraumatic stress disorder to visit the national War Memorials as a form of therapy and healing.

Cowart’s actions helped bridge many gaps in services and enabled the Asheville VA facility to rank No. 1 for patient satisfaction out of all VA medical centers in the nation.

The NASW Social Worker of the Year Award honors a member of the association who has demonstrated the best of the profession’s values and achievements through specific accomplishments. The award also highlights superb accomplishments in the practice of social work.

“John Cowart is especially deserving of this award because he has shown how powerful social work can be in improving the lives of veterans who have sacrificed so much for our nation,” McClain said. “His efforts have truly made a difference in so many lives and inspired generations of social workers to come.”