Special Issue of Health & Social Work on Service Members, Veterans, and Their Families

Approximately 2.2 million service members make up the U.S. all-volunteer force in the active, National Guard, and Reserve components, representing less than one percent of all U.S. citizens. Furthermore, veterans constitute seven percent of the country’s population, or almost 22 million persons, with ten percent of those being female. The largest living cohort of veterans served during the Vietnam era. 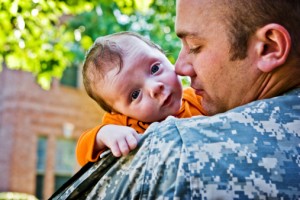 Advancing medical technology, body armor, and field technology have allowed more service members to survive experiences that would have led to death in previous wars. Nevertheless, those who have survived injuries often need extensive medical care. In addition, during the conflicts of the past twelve years, deployments have become longer, redeployments were common, and breaks between deployments were shortened. This increased exposure to combat stress has led service members to return home with mental and behavioral challenges.

Although service members, veterans, and their families continue to demonstrate incredible strength, perseverance, and courage, they also face significant challenges confronting the issues of physical and mental stress and trauma. As a result, social workers, regardless of their primary practice area, will work with clients who serve or have served in the military, and with the families of these service members. In light of this, NASW Press has published a special issue of Health & Social Work journal, the fruition of working in partnership with the White House Joining Forces Initiative, led by First Lady Michelle Obama and Dr. Jill Biden. This special issue examines the important work being done by social workers to assist U.S. service members, veterans, and their families.

Contents of this special issue include:

As the guest editors point out in their editorial:

Social workers bring their unique social justice and human rights perspective to this work and will continue to play a key role in helping service members, veterans, and their families overcome the challenges they may face and support them as they strengthen their communities and enrich the nation.