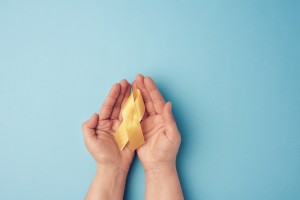 Their deaths show that events such as the Capitol riot can cause people to die by suicide, said NASW member Jonathan Singer, PhD, LCSW, who is president of the American Association of Suicidology (AAS). Such “proximal events” can include an illness, divorce or loss of a job.

“Although most people who die by suicide appear to have been suicidal for a long time before dying, there is a small group of people whose suicide deaths appear to be prompted by a crisis event unrelated to prior suicidality,” Singer said. “Since the two suicide deaths have been discussed in connection with the January 6th riot, I would argue that those deaths should be included in the tally, albeit with a footnote.”

Death by suicide is already a leading cause of death for members of law enforcement and middle aged men. In fact, the group of people with the highest rate of suicide are men ages 45-60 (approximately 20 per 100,000).

AAS recommends the use of Psychological Autopsies in instances of suicide deaths to better understand what contributed to said death. The use of such programs, including providing opportunities like the AAS Law Enforcement Psychological Autopsy Certification Training, can help to create a well-prepared police force and help officers feel confident, competent, and equipped to handle suicide crises of their colleagues, AAS said in a statement on the death of Officer Liebengood.

Anyone experiencing thoughts of suicide or find themselves in a mental health crisis can reach the National Suicide Prevention Lifeline at 1-800-273-8255. Individuals in law enforcement can reach the Crisis Text Line by texting BLUE to 741 741.