In Memory of Past NASW President Barbara W. White 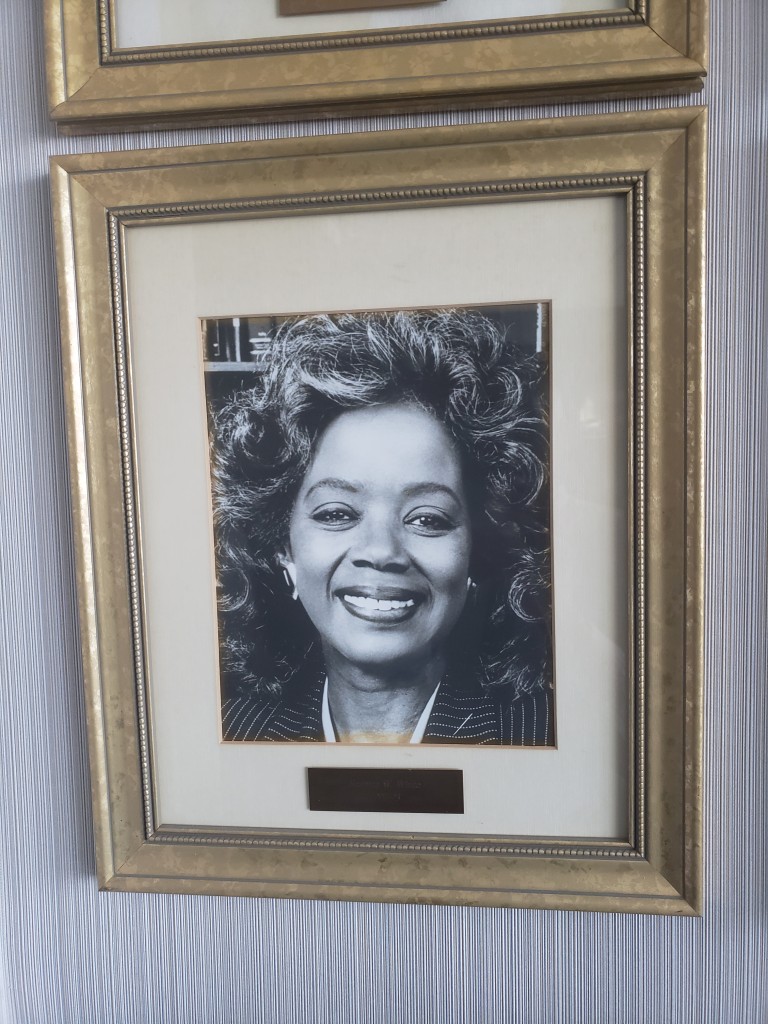 Barbara W. White’s photo on the wall of the boardroom at NASW headquarters in Washington, D.C.

The National Association of Social Workers (NASW) and the NASW Foundation mourn the death on July 19 of past NASW President and NASW Social Work Pioneer Barbara W. White.

White was born in 1943 and joined the association in 1976. She was president of NASW from 1991-93. During her presidency she helped  develop NASW’s Specialty Practice Sections and worked for greater coordination among social work organizations.

Here are Barbara’s reflections on being NASW President:

The ubiquitous social, political, and economic issues and concerns that were ever-present during the terms of my predecessors and successors were also present during my presidency of NASW. However, there also existed a number of broad issues in society that characterized the era, issues that influenced NASW’s goals, decisions, and accomplishments.

The major problems and areas of concern we faced during the early 90s included health care reform in the U.S.  NASW was strongly involved in supporting a single-payer health plan, and had even introduced its own legislation: the National Health Care Act of 1992, which was introduced in the Senate by Sen. Daniel Inouye (D-HI). Concurrently, the nation was struggling to understand, and live with, managed care as a social policy.

When Clarence Thomas was nominated to the U.S. Supreme Court, NASW voiced its opposition. We also faced riots in Los Angeles resulting from the Rodney King trial; a growing world-wide AIDS epidemic; a debate about “family values,” and its use for political expediency; and the devastation of vast areas of the Florida Coast following Hurricane Andrew, which gave emphasis to disaster relief strategies.

My term was also punctuated by the election of President Clinton and Vice President Gore. NASW’s Political Action for Candidate Election strongly supported this ticket, resulting in improved access to federal policy issues. The Family and Medical Leave Act was signed in 1993 and, in April of that same year, we witnessed a March on Washington for gay rights and justice. Additionally, a “gag rule” was passed, banning abortion counseling at federally funded clinics; the rule was later rescinded.

Among the varied, intense issues that characterized this period, I believe those listed above stand out. All were given attention by NASW, to various degrees, as they affected social work practice and social welfare policy.

During my term of office, one of my primary goals was to streamline and stabilize our Association to help NASW better respond to issues in the present, while preparing it for change and building greater capacity for the future. Therefore, the development and implementation of a strategic plan was one of my major leadership challenges. My immediate predecessor, Richard Edwards, had appointed me as chair of the Strategic Planning Committee during my term as president-elect. Upon assuming the presidency, it was my duty to oversee the implementation of the ten goals identified to assist NASW in achieving a sharper focus, greater strength, and enduring success.

One of the initiatives implemented during that time was the proposal to develop specialty sections within the organizational structure. This proposal was adopted, and continues today as a means to support and affirm the diversity of social work practice. We also moved the National Office back to Washington, D.C., and hosted the World Assembly in 1992. Representatives from more than 70 countries attended the Assembly, which took place in Washington, D.C.

The change of executive directors, from Mark Battle to Sheldon Goldstein, also occurred during my presidency, as did the legal regulation of social workers in all states, with the signing of legislation in Wisconsin. During this time, we supported the NASW National Center for Social Policy and Practice, whose mission was to systematically collect, analyze, and disseminate information from social work practice, to promote adoption of sound social policies. Additionally, the NIMH Policies Force on Social Work Research, which was created at NASW’s urging in 1988, issued its final report. This was the beginning of a significant emphasis on the importance of social work research. NASW was the strongest supporter of this effort, both in principle and financially.

The biggest challenges I faced as president were related to my attempts to unify our numerous professional organizations and groupings for the greater good of the social work profession. My “broken record” message was, “We need each other, not to destroy your autonomy and right to organize around your unique concerns and passions, but to empower social work.” Although I was not successful in this area, I am proud that I tried to overcome the small issues and disagreements between organizations that few actually remember today.

The history of our policy and practice struggles always reflect both wins and losses—thus is the nature of the business we have chosen. The pride I feel about my years as president is born of the privilege of having had a close look at the heart of a profession that doesn’t always win, but nonetheless retains its hope and vision through the efforts some of the best people in the world.