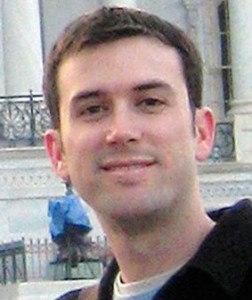 WASHINGTON, D.C.—The nation is in shock about the senseless violence that took the life of one social worker and five others in Tucson, Arizona this weekend.  News reports have confirmed that Gabe Zimmerman, 30, a much respected member of Congresswoman Gabrielle Giffords’ staff, was fatally wounded in a shooting attack at a regularly scheduled constituent outreach event.  The three-term democratic Congresswoman and 13 others were also critically injured.

NASW extends its thoughts and condolences to all the families affected by this national tragedy.

Mr. Zimmerman was a professional social worker with a master’s degree in social work from Arizona State University, and began working as a congressional aide for Representative Giffords in 2006.   He was also an active member of the National Association of Social Workers Arizona Chapter.

One of Mr. Zimmerman’s colleagues and NASW National Board member W. Mark Clark, MSW, ACSW said, “Gabe chose work in politics as his social work career path. He was passionate and skilled, and will be greatly missed by many people.”

The incident in Tucson has ignited debate about safety issues for elected officials and their staffs.  For social workers, Mr. Zimmerman’s death is a sobering reminder of growing safety concerns in a variety of work settings.

“We often talk about how there are too few social workers working for elected officials in the district offices,” says Becky Fast, LMSW, MPA, member of the NASW National Board and director of constituent services for former Congressman Dennis Moore. “This whole situation has really hit close to home for me and many of my friends who have dealt with harassment and threats from constituents over the years.”

In light of the Arizona tragedy, social workers, elected officials and many others whose positions require constant contact with the public will likely consider new measures to protect themselves on the job and the lives of constituents who seek their help.
“We became social workers in an effort to help others.

We chose this profession because we thought serving others was a cause worthy enough to devote our careers to it,” said NASW President James Kelly. “Social workers, like Gabe Zimmerman, put themselves in harm’s way in order to help clients, but his death reminds us how much more needs to be done to ensure their safety.”