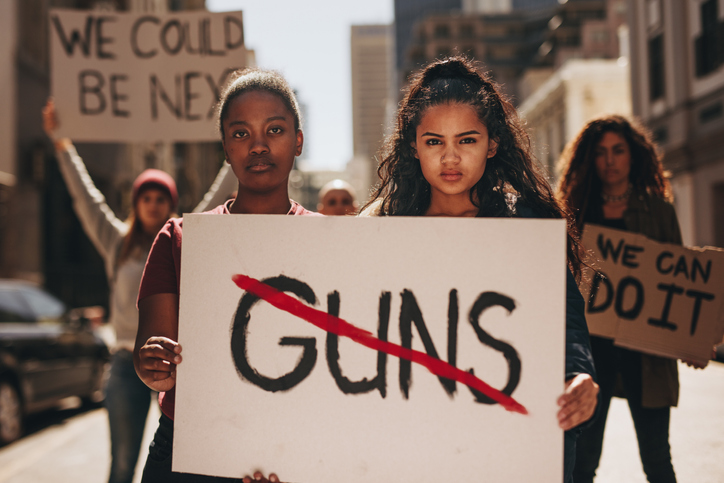 After the mass shooting on June 19 at Emanuel African Methodist Episcopal Church in Charleston, S.C.,  the National Association of Social Workers (NASW) issued a statement saying it would support initiatives to end racism in our nation, enact sensible gun control laws, and improve delivery of mental health.

We took some criticism in social media for focusing on all three issues instead of merely the racism that prompted a young white man to take the lives of nine innocent black people who had gathered for weekly Bible study.

Here is why NASW is calling for our nation to focus on all three issues in order to prevent such hate crimes from reoccurring. We also offer recommendations to address these issues:

The number of racist organizations in the United States is growing

The assailant was on a mission that was directly tied to a racist philosophy that goes back to the 1950s. In the days that followed the massacre, investigators found that he closely identified with the Council of Conservative Citizens (CCC).  For years, CCC was one of the most prominent white supremacist organizations in the United States.

CCC started in the 1950s in Mississippi as the Citizens’ Councils of America (also known as White Citizens’ Councils), which was formed to fight against the integration of public schools following the Brown v. Board of Education ruling.  The CCC has long been known as a hate group. The Southern Poverty Law Center (SPLC) has been tracking the activities of CCC for many years. Among other things, SPLC suggest that the racist online content of the CCC webpage helped radicalize the young man.

Hundreds of Americans have died in mass shootings

The link between the mass murders in Charleston and racial hatred is similarly linked to the proliferation of guns in the United States. Mass murders are overwhelmingly the direct result of the use of a firearm. Excluding the recent mass shooting in Charleston  there have been at least 69 mass shootings across the country since 1982.

In the past seven years, more than 900 people died in mass shootings. Given the potentially lethal combination of hate-fueled world view and the instant availability of guns, it is not surprising that the Charleston tragedy occurred, and it should not surprise anyone when it happens again.

It is important to point out that being the target of hate crimes that lead to mass murders is not exclusive to the black community. Religious and ethnic minorities such as Muslims and South Asians have been racially profiled and have been the targets of gun violence.

We need only to recall the 2012 incident when a 40-year-old white male fatally shot six people of and wounded four others at a Sikh temple in Oak Creek, Wisconsin. The victims were of South Asian descent. This case was compounded by the fact that the assailant mistook the Sikhs for Muslims.

In the aftermath of incidents of mass murders, Americans generally re-examines what led up to the shootings and what could cause a person to take the lives people who are strangers to them. Racism seems to be the central motivation for the assailant in the Charleston shooting. However, it is uncertain whether there was a presence of underlying mental illness which could possibly have contributed to his action.

There are no easy fixes or immediate remedies for preventing mass murders and hate crimes. However, NASW recommends these immediate steps that can be taken to respond to the conditions that cause tragedies such as Charleston: