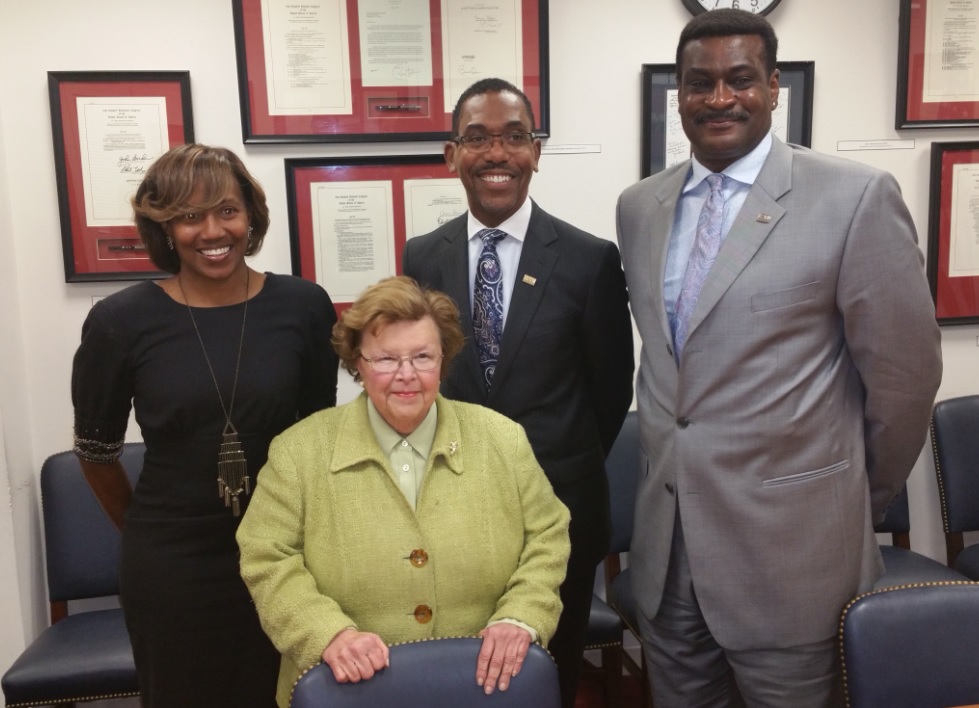 “The fact that it’s 60 years is pretty incredible — I really wish you happy anniversary,” Mikulski told NASW President Darrell Wheeler, PhD, ACSW, MPH; CEO Angelo McClain, PhD, LICSW; and NASW Deputy Director of Programs Heidi McIntosh, MSW. “And we have so much more to do. But I think America needs us and we need to be the ones that talk about and also pull together the other disciplines.”

Sen. Mikulski and her aides meet with NASW officials.

NASW will commemorate its anniversary tomorrow (Oct. 23) with a special live streamed forum where leaders in the social work profession will discuss how social workers can lead national efforts that improve family well-being, ensure liberty and equity for all, and develop ethical responses to new technologies and globalization.

Mikuski is co-sponsor of the Improving Access to Mental Health Act of 2015 along with fellow social workers in Congress Sen. Debbie Stabenow (D-MI) and Rep. Barbara Lee (D-CA).

Sen. Barbara Mikulski is a member of the Congressional Social Work Caucus (CSWC), which was created  in 2011 with support from the National Association of Social Workers. The purpose of the CSWC is to create a platform on the Hill representing the interests of  more than 600,000 social workers throughout the United States who positively impact the lives of the elderly, the disadvantaged, children, veterans, or other individuals in need of guidance and direction in their lives.