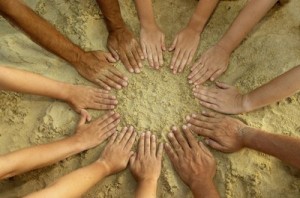 “These are social justice issues NASW wants to make progress on by working with our members and chapters and collaborating with other organizations through coalitions and working groups,” said NASW Social Justice and Human Rights Manager Mel Wilson, MBA, LCSW. “However, our priorities are flexible and can change if a social justice issue emerges that NASW and the social work community must immediately address.”

For instance, NASW is working with other organizations to urge Congress to restore voting rights protections struck down by a 2014 U.S. Supreme Court ruling. If Congress passes such legislation NASW will turn its attention to another social justice concern.

NASW is already active with coalitions and working groups that are pressing for social justice reforms, including those under the umbrella of the Leadership Conference for Civil and Human Rights, The Open Society Foundation/Justice Roundtable, the Criminal Justice Coalition and the Coalition to Stop Gun Violence.

NASW chapters worked the association’s Social Justice and Human Rights department to develop the priorities, which were then reviewed by the NASW Board of Directors. NASW will create steps to review and refine the priorities each year.