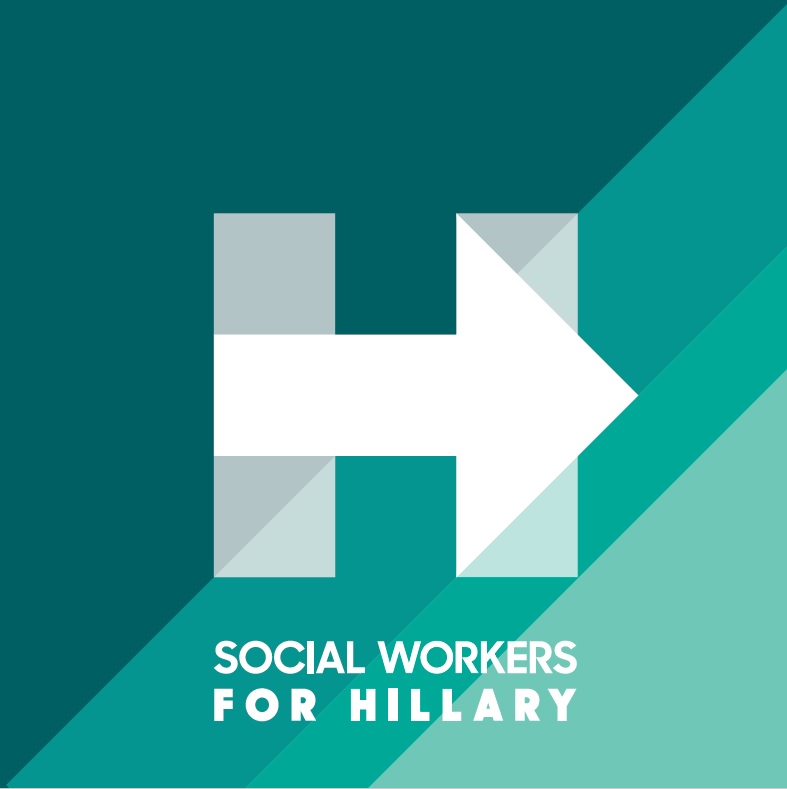 NASW has released a Social Workers For Hillary logo (social-workers-for-hillary-logo) that social workers can download and print and post to show they support Clinton.