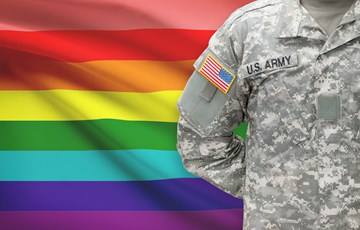 The National Association of Social Workers (NASW) calls on President Trump to rescind his plan to ban people who are transgender from serving in the U.S. military.

This change, tweeted on the implementation of a policy change made by the Obama Administration, is blatantly disrespectful to and clearly disregards the honorable service of all transgender and gender non-conforming service members.

NASW is against the military ban and any form of discrimination, including discrimination based on race, ethnicity, national origin, color, sex, sexual orientation, or gender identity or expression.

The repeal of “Don’t Ask, Don’t Tell,” the opening of combat roles to women, and lifting the ban on transgender people share a common value: that a career in the military and military job assignments should be based on merit and not on gender, gender identity or sexuality orientation.

President Trump’s rationale for the ban is that the military would be burdened with “tremendous medical costs and disruption” if people who are transgender continue to serve.

However, a 2016 RAND study commission by the U.S. Department of Defense notes allowing people who are transgender to serve openly would have a minimal impact on readiness and health care costs.

As a result, President Trump’s decision to enact this ban is manifestly discriminatory and unnecessary. NASW will continue to stand with people who are transgender to ensure they achieve equal treatment in the military and throughout our society.