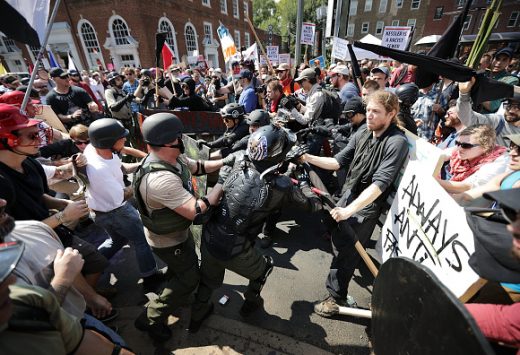 The white supremacist rallies and resultant violence in Charlottesville, VA on August 12 were a blight on American values and unacceptable. In the aftermath of this tragedy the National Association of Social Workers (NASW) calls on President Donald Trump to show leadership by naming and condemning white supremacy in all its forms.

NASW also offers its condolences to the families, friends and associates of Heather Heyer, who was killed when a white supremacist deliberately crashed a car into people who were protesting the rally, and Virginia State Police officers Lt. H. Jay Cullen and pilot Berke Bates, who died in a helicopter crash while monitoring the rally.

NASW recognizes and supports the right of all Americans to free speech. However, hate has no place in America. According to the Southern Poverty Law Center, there are currently 917 hate groups in the United States and most are comprised of white supremacists.

At a moment when the nation needed presidential leadership, President Trump failed to meet that need.

The number of these groups has proliferated in the past 10 years and this trend must be reversed. The Trump administration must take immediate steps to closely monitor the activities of these hate groups. The administration also must aggressively respond to incidents of civil rights violations or acts of violence perpetrated by hate groups.

The statements made this weekend by President Trump on the tragedy were wholly inadequate. The president’s failure to explicitly condemn white nationalism and neo-Nazism is unacceptable. At a moment when the nation needed presidential leadership, President Trump failed to meet that need.

NASW calls on President Trump and his administration to immediately and unambiguously denounce white supremacy, hate speech and crimes, and the hate groups that have proliferated over the past decade. He must do so in the strongest possible terms. The president must also officially state that the deadly attack that occurred Saturday was an act of domestic terrorism.

As immediate steps, the president must also ensure that the Department of Justice (DOJ) investigates the tragic events in Charlottesville as a hate-related civil rights violation. Similarly, President Trump must restore domestic terrorism surveillance as an equal priority along with international terrorism surveillance. Preventing future tragedies, such as what we all witnessed in Charlottesville, must become a top priority of this administration.