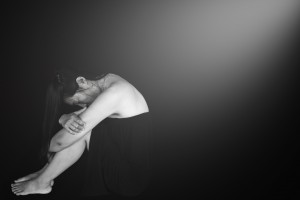 The United States over the past few weeks has been engaged in a national discussion stemming from accusations about sexual harassment and sexual assault against women. Based on reports, these acts involved egregious disregard of the human rights and dignity of women. The national outcry spoke to the fact that sexual abuse—in all forms—is an affront to all Americans, not just the victims.

NASW unambiguously states its support of those who call for policies, laws, and a national consensus to end the culture of sexual predatory behaviors. Many women and girls from all social, cultural, and income groups are subject to specific forms of physical, sexual, and psychological violence because of their gender. NASW has always been at the forefront for the fight for human rights, which has included addressing inequities and violent acts against women.

According to the Department of Justice’s Office of Violence against Women, sexual assault is any type of sexual contact or behavior that occurs without the explicit consent of the woman (or man). Sexual assault is not only a violent sexual activity such as forced sexual intercourse; it also includes attempted rape and fondling. Sexual harassment usually includes unwelcome sexual advances, requests for sexual favors, and other verbal or physical harassment of a sexual nature. It can also include offensive remarks about a person’s gender. For example, it is illegal to harass a woman by making offensive comments about women in general.

NASW unambiguously states its support of those who call for policies, laws, and a national consensus to end the culture of sexual predatory behaviors.

It is important that we remember that such debasement of women occurs all too frequently in this country and in the world. We also must recognize that sexual harassment, sexual assault, and related violence against women happens in the workplace, in government agencies, in the military, in educational institutions, and in nearly every setting where men maintain positions of power over women. The motivation for perpetrators of sexual harassment is a systemic pattern to assert control.

According to the U.S. Department of Justice, about 50 people a day are sexually assaulted or raped while working. However; this is thought to be only a fraction of the real number because much of the behavior goes unreported. In addition, over 70 percent of U.S. workplaces do not have institutional policies to address workplace violence. This helps to explain why victims are often harassed, but never report it to their supervisors or the authorities for fear of loss of job, retaliation, or other adverse consequences. Given these realities, we recommend the following:

NASW reaffirms its long held human and civil rights values that demand full commitment to eliminating all forms of sexual harassment, sexual assaults, and the use of workplace power to coerce women into unwanted and unsolicited sexual contact. We will remain active in promoting women’s rights to safe and respectful interactions in the workplace and other settings.