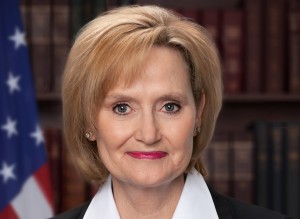 The National Association of Social Workers, Mississippi Chapter is calling for the immediate removal of candidate Cindy Hyde-Smith from the ballot for the U. S. Senate.

Hyde-Smith, a white Republican from Mississippi, was at a speaking engagement in Tupelo and responded to praise about her from host with “If he invited me to a public hanging, I’d be on the front row.” Afterward, her official response about her comment was that she “used an exaggerated expression of regard,” and she has refused further comments.

Mississippi, which has a population approximate 40 percent African American, has a history of racially motivated lynching of black people. According to the NAACP website, during the period between 1882 and 1968, Mississippi had the highest number of any state, at 581 lynchings. Suspicious incidents of hangings continue even into this year.

We believe Hyde-Smith’s comments demonstrate a complete lack of understanding, judgment and empathy needed for leadership in any position. She is clearly unable to support the 40 percent of our state that is African American, and will impact all Mississippians who expect our state to move forward. Companies continue to shun increased commerce in our state due to poor education and health care outcome data. Mississippi needs to rise above the 50th percentile to improve the lives of all of its citizens. NASW, MS Chapter supports quality leadership in Mississippi and Washington who will bring our state forward. All elected leaders can accomplish this by condemning divisive and hate-motivated discourse, and demonstrate commitment to a positive, inclusive agenda.

NASW Code of Ethics for social workers clearly states that we ‘respect the dignity and worth of each person’, and that ‘relationships between and among people are an important vehicle for change’.

Additionally, Social Work Speaks policy statement on Racism encourages social workers ‘to combat racism and help to engrain a national ethos that respect cultural diversity while maintaining loyalty to America as a nation’.

We ask that all Mississippians critically consider how our state may best move forward. Hyde-Smith’s cruel and heartless response is completely unacceptable for national, state, or local leaders in Mississippi.