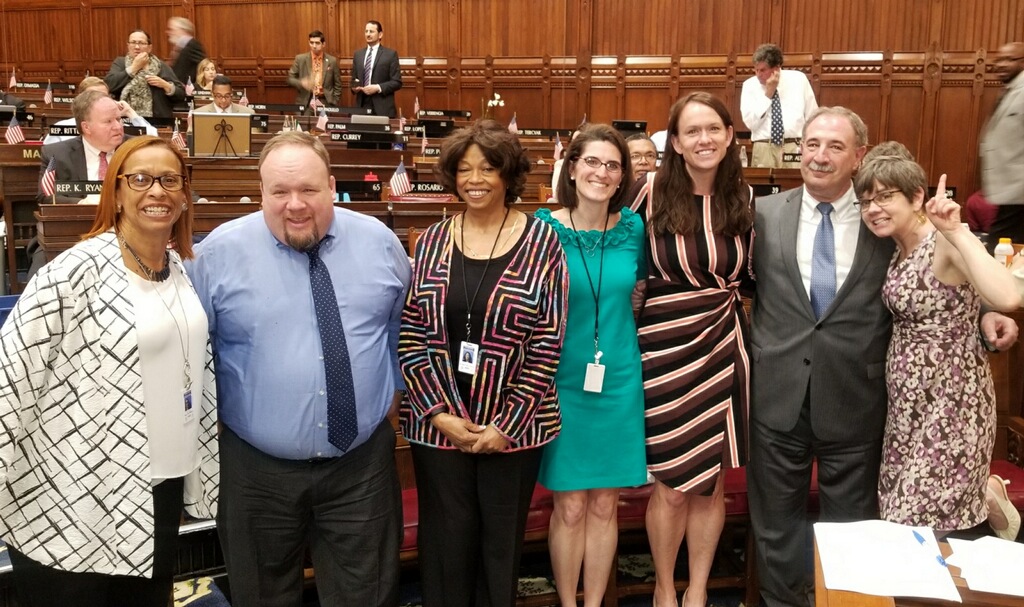 The six social workers who are members of the Connecticut House of Representatives and Rep. Jonathan Steinberg, chair of the Public Health Committee and a key sponsor of the bill, pose after the social work title protection bill passed. In the photo (from left to right): Reps. Toni Walker, Rick Lopes, Pat Wilson Pheanious, Cristin McCarthy Vahey, Jillian Gilcrest, Jonathan Steinberg and Anne Hughes. McCarthy Vahey and Gilchrest are members of the National Association of Social Workers.

The Connecticut Legislation on June 5 passed a social work title protection bill that the National Association of Social Workers Connecticut Chapter had worked to achieve.

The bill will protect the use of the title social worker to BSWs, MSWs and Doctorate degrees in social work. It grandfathered in municipal workers and exempted state agencies due to collective bargaining.

Most importantly though the bill contains language that codifies the preference in hiring of BSWs and MSWs for the state’s social worker classification. Preference had been achieved in 2014 but it was an executive order that could be reversed at any time. The state decided to include the hiring preference language because officials have found BSWs and MSWs tend to perform better in these jobs.

Connecticut Gov. Ned Lamont is expected to sign the bill into law. It would go into effect on October 1.