I want to share with you an experience I had while working on my MSW at Michigan State University  in the early 1970s. Another social work student asked me if I would go with her to interview Robert Miles and I said yes.

Robert “Pastor Bob” Miles had served as the Grand Dragon of the Ku Klux Klan and went on to become a major white supremacist leader in Michigan. He founded the “Mountain Church” on his property. In 1971 Miles was arrested for planning to bomb school buses as an attempt to halt integration of public schools. In the 1980s Miles endorsed the Northwest Territorials Imperative as an attempt to establish a white state in the Pacific Northwest.

During our interview with Robert Miles at the farm in Byrum, Michigan I was impressed with his charisma. He spoke clearly and would be believable to those who closely mirror his ideology or possibly are following his smooth presentation framed in Christian rhetoric.

However, as a Jewish woman I found him terrifying. He spoke about not being racist or anti-Semitic but rather loving all people and believing that people of color would be happier in their homes or countries of origin. He also strongly believed that “Earth was the site of a battle between a true God and a false God” and the agents of the false God were those who were not Christian.

Fast forward to recent comments made by President Trump, I was dismayed to hear him use the same type of language that Robert Miles used while working with the KKK, Aryan Nation, and Mountain Church. Trump ordered four Congresspersons of color to go back to their countries of origin. He appeared be unaware that three of the four were born in the United States.

It is interesting because Robert Miles never truly acknowledged the fact that those he wanted to send back to their countries of origin were born in this country. I am saddened by the remarks of the U.S. president that take me back to 40 years ago and the home of the Grand Dragon of the Ku Klux Klan. President Trump has violated what our country has worked for which is to ensure the rights and safety of our citizens and refugees who come here seeking asylum from persecution. 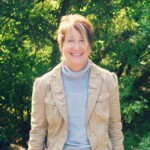 The recent labeling of U.S Rep. Rashida Tlaib (D-MI), Rep. Alexandria Ocasio-Cortez (D-NY), Rep. Ayanna Pressley (D-MA), and Rep. Ilhan Omar (D-MN) as “weak and insecure” and the statement that they should go back to the “corrupt and inept countries they came from” is simply racist and misogynistic. This statement goes against many social work values and ethical tenets. Trump’s mean-spirited methods of dealing with refugees seeking asylum violates any sign of cultural humility and goes against the core principals of social work and the mission that was and is the heart of the Settlement House Movement.

This week President Trump went after Rep. Elijah Cummings’ Congressional District, which includes Baltimore, Maryland by saying that Baltimore is a “very dangerous and filthy place” where “no human being would want to live.”  Baltimore is the largest city in Maryland and home to many people of color as well as white people. Again, the President’s comments show a complete lack of cultural humility and are explosive racist slurs.

We as social workers cannot stand silent while this is happening to our brothers and sisters. So, what can we do? We can join with groups that are fighting for a change like ACLU, Southern Poverty Law Center, NAACP, Black Lives Matter, and local groups that are working to assist with the refugee population. There are also churches, synagogues and mosques that are actively involved in social justice issues.

This is a critical time to register people for the 2020 election, join campaigns, and please support M-PACE. M-PACE is the arm of NASW Michigan that allows us to support candidates who support the mission of social work. Finally write to your Representatives and Senators and let them know your thoughts and feelings.

Most of all please do not remain silent and in the words of Rev. Martin Niemoller: