On Thursday, September 19, staff from the National Association of Social Workers (NASW), attended an oversight hearing on implementation of the Public Service Loan Forgiveness (PSLF) Program. Held by the House Education and Labor, Higher Education and Workforce Investment Subcommittee, the hearing was presided over by its chair, Congresswoman Susan Davis (D-Calif.), who is also a social worker. 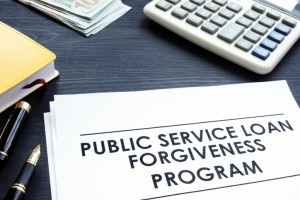 The hearing discussed the failures of the PSLF, which was created in 2007 by Congress when it passed the College Cost Reduction Act.

NASW has worked to protect and preserve student loan forgiveness programs like the PSLF, which calls for individuals who serve the public good to make 120 on time payments to direct student loans while working full time for an approved employer. At the end of 10 years, they may qualify to have their remaining loans forgiven.

The first cohort of potential awardees of PSLF program were eligible to apply for forgiveness in 2017. The Government Accountability Office (GAO) found that the Department of Education approved just 96 of 28,000 applicants. In 2018, Congress also established the Temporary Expanded Public Service Loan Forgiveness (TEPSLF) program to help individuals who applied for but did not qualify for PSLF. Again, the GAO found that 99 percent of TEPSLF applicants were rejected.

Congressman Lloyd Smucker (R-PA), ranking member of the subcommittee, remarked that the committee should be looking at solutions to improve the program. He argued that the GAO stretched the truth. He noted that 71 percent of TEPSLF applicants were denied since they had not submitted a PSLF application prior to applying for TEPSLF, a requirement of the program.

Three people told panelist at the hearing of their experiences with the PSLF program.

Kelly Finlaw, a teacher in New York and an applicant to the PSLF, explained that she put herself through college with assistance from federal student loans. She has worked in the New York City public schools since graduating in 2006. In 2007, when the PSLF passed she worked to make sure she made qualified payment through her loan servicers. She explained that she checked in annually with the servicer to make sure she was on track to earn loan forgiveness and was assured that she just needed to keep making payments. After 120 on time payments, she applied for PSLF only to be told that one of her loans was not a direct loan and therefore she was ineligible for the forgiveness. She is starting the process over again and will work to make payments for an additional 120 months.

Sadly, Finlaw’s story is like those we have heard from social workers who try to qualify for PSLF. NASW is working with organizations on the PSLF Coalition to help protect and preserve the PSLF program.

Yael Shavit, assistant attorney general of Massachusetts, discussed the serious concerns her office has about implementation of PSLF. It is a program that is critical to borrowers and society at large. Her office has a lawsuit against PHEAA for its handling of the PSLF program. James H. Steeley, president and chief executive officer, Pennsylvania Higher Education Assistance Agency (PHEAA) declined to come before the subcommittee. PHEAA is the sole servicer of the PSLF program.

Dr. Matthew M. Chingos, Ph.D., vice president for Education Data and Policy at the Urban Institute, discussed the complex design of the program where borrowers must prove their work in an appropriate setting and must use income contingent payments. He noted that the onus should be on the federal government to approve PSLF applicants. He talked about the targeted nature of the grant programs and specifically called out social workers.

Members of the subcommittee made comments and asked questions of the panelists. Congressman Joe Courtney (D-Conn.) said he has heard from constituents about the PSLF program and revealed that the Trump Administration has zeroed out the program in each of its budgets. Shavit noted that the servicer failed to timely review loans, prolonged repayment obligations, and failed to track payments.

Congresswoman Elise Stefanik (R-NY) talked about a need to reform the program into staged forgiveness and capping the amount any one borrower can receive.

During one of the more curious moments of the hearing, Congressman Glenn Grothman (R-WI) argued that the program treated private-sector workers as second-class citizens. One of the purposes of the program is to encourage individuals to work in the public or non-profit sector. It recognizes that individuals often sacrifice more lucrative jobs to work in these settings. Congresswoman Pramila Jayapal (D-Wash.) argued that public service is an important public good.

Additional testimony can be found on the House Education and Labor page.