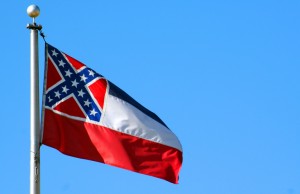 News reports say there could be enough votes in the Mississippi legislation to remove the Confederate symbol from the state flag.

The National Association of Social Workers-MS Chapter (NASW-MS) strongly supports changing the state flag of Mississippi to move forward in the best interest of all Mississippians. Recent discussions surrounding systemic & structural racism, racially insensitive symbols, and figures in our society have continued to place a negative spotlight on the flag of Mississippi and its residents.

While decisions to change the Mississippi state flag have been called reactionary or in response to a cultural shift in America, agreed or not, the recent outcry for a change in the state flag has permeated in the state for almost two decades. Thus, the issue of a new state flag can no longer continue to be ignored, dismissed, or deflected.

Whether one sees the Mississippi state flag as southern heritage or a racist symbol of hate, Mississippians are forced to deal with the brand and reputation that comes with the Confederate symbol. And for this reason, the state flag should be changed to represent all Mississippians not just some.

The time is long overdue and continuing to refer to a vote from 2001 largely split along racial lines lacks muster. Since then, the current and previous leadership and the state’s other top leaders have continued to dismiss and deflect the issue by stating that the vote should be dependent on the voices of the citizens of Mississippi. This answer is no longer sufficient when a vote has not occurred after several transitions of leadership over the years. Furthermore, previous precedent advises us that the state Legislature approved the state flag in 1894 so if the current Legislature were to act on the flag, this decision would be parallel with the original approval of the state flag. Therefore, regardless of the desire to shift accountability, the Governor and the Legislature of this state do have the power to move this issue forward.

The flag, the Mississippi state Legislature is asking citizens to fly proudly, to build camaraderie with, and to accurately display what it means to be a Mississippian, is the same flag that is repeatedly associated with white supremacy, racism, and racial violence. Thus, we push for a new Mississippi state flag.

NASW-MS Chapter and its members actively promote changing the state flag. The state Governor expressed his primary goal “is the unity of our people and that he fears any action that would tear us apart,” but the very action that he fears is the inaction or failure to respond to an issue that is clearly tearing the residents of Mississippi apart. We urge the Legislative leadership to support a change now for the Mississippi state flag.