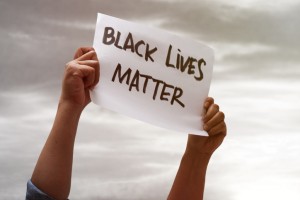 The NASW Texas Chapter  (NASW/TX) stands in solidarity with Black Lives Matter.  We must all call out the racism embedded in our country and communities at the macro and micro level, and as we watch the protests across the country escalate, we cannot remain silent about the outcomes people of color face in America.

Black Lives Matter as a modern movement was born out of pain: when George Zimmerman was acquitted for the murder of Trayvon Martin in 2013, the Black Lives Matter hashtag began as its own form of protest.  But the reality is that Black Lives Matter has existed in many forms, tacit and implied, since slavery was an official institution in our country, and that the overwhelming response from our systems and those in power in white America has been to minimize and ignore its message.  All this has led to is more death, pain and divisiveness in our communities.

Sadly, there are far too many statistics that show the impact of structural racism on Black communities.  But looking at what’s happening right now in our society and country is just as illuminating: COVID-19 has taken a higher death toll on black communities in Texas; in Ohio Black people are being arrested at four times the rate as white people for social distancing violations; a Black person is more likely to die while in police custody now than they were in 2014.

But the reality is we can’t turn a color-blind eye to our own profession.  Social work is still predominantly a profession practiced by white women, who make up 70% of our ranks.  Social workers work within and with education, child welfare, criminal justice, healthcare, housing and other systems that are all bent by structural racism.  NASW/TX has never had a Black Executive Director at the helm.  We cannot flinch from what we see in the mirror.  But we can and should ask how to work towards change.

Social Work Speaks, NASW’s policy platform, specifically calls upon all social workers to continuously acknowledge, recognize and confront all forms of racism, within all of the institutions that are relevant to social work.  In addition, section 6.04 of the Code of Ethics states: “social workers should act to prevent and eliminate domination of, exploitation of, and discrimination against any person, group, or class on the basis of race.”  The message is clear: we must call out inequities when we see them, and this is why NASW/TX doesn’t want to just issue a statement of solidarity with Black Lives Matter – we want to support social workers as they move to becoming more antiracist in their work. 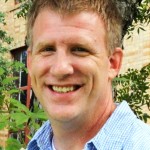 The reality is we’ve had this conversation many times before: at our conference through the powerful town halls and forums led by Dr. Joyce James and REAL, in our social work classes and in ways small and large with our organizations, colleagues and clients.  Have we listened and heard?  Have we truly incorporated change?  I ask as both a social worker and a part of NASW/TX, and I leave that answer up to each of you, but we want to make sure that right now, at yet another vital moment in our country’s grappling with racism, we offer a place to step in and share.

NASW/TX will hold an open forum for members and other social workers that will be led by our members and leaders.  We are working on the date and details now, and will share that soon.  We want to provide a space where folks can lean into their discomfort to have these important conversations.  This isn’t a debate about whether racism exists inside and outside the profession, but rather a place to discuss its impact on social workers, NASW, the folks we serve, and beyond.  We want to cover issues such as white privilege, institutional racism, racism in social work, the chapter’s work in this area, policy changes in Texas and social justice antiracist work moving forward.

Change starts with a conversation and ends with action, and we ask no less of our members than to take action alongside the chapter.