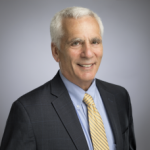 President-Elect Joe Biden has appointed social worker Jared Bernstein to his Council of Economic Advisers (CEA). The CEA is a small group of experts who offer the president advice on economic matters.

Bernstein, PhD, MSW, is a senior fellow at the Center on Budget and Policy Priorities. Bernstein is a longtime economic adviser to Biden. He previously served as the executive director of the White House task force on the middle class and as an economic adviser to President Barack Obama.

The CEA will be led by Princeton economist Cecilia Rouse. Rouse will be the first woman of color to hold the position. Learn more in this CNN article.

Bernstein has said economists should work as social workers before crafting policies that make huge cuts to social safety programs. “Every economist ought to be a social worker for a few years and it’s that kind of lack of contact with the other that leads you to believe that the best way to help poor people is to give rich people really big tax cuts, and it will trickle down…,” Bernstein said during a 2013 appearance on HBO’s “Real Time with Bill Maher.”

Bernstein, who spoke at 2010 National Association of Social Workers Social Work Congress, also said social workers should be better compensated for the work they do.

“Society needs to express its appreciation for the valuable work social workers do through increased wages,” he said. “Demand for social work services is increasing, and salaries should reflect that.”

NASW has sent a letter to the Biden Harris transition team that outlines policies the association thinks the new administration should tackle.