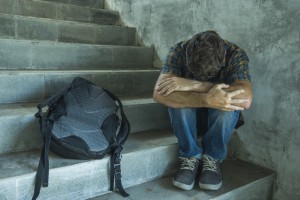 The National Association of Social Workers on February 9, 2022,  j along with 48 organizations, participated in the Moxley and Snyder-Hill v OSU amicus brief filed in the United States of Appeals for the Sixth Circuit. The brief is led by the National Women’s Law Center (NWLC) and the Women’s Sports Foundation in support of two groups of Ohio State University (OSU) male students, many of whom were student athletes, who were sexually abused by Dr. Richard Strauss of Ohio State University over the course of two decades.

Background: A district court in Ohio dismissed two groups of male students’ Title IX claims as untimely, ruling they should have brought this lawsuit within two years of the abuse (1978-1998) or when they graduated from or dropped out of OSU. The court rejected the students’ arguments that they did not understand/know that they had been sexually abused and that OSU had been deliberately indifferent to their abuse until 2018, when allegations of OSU’s coverup became public and surfaced in the press.

In our amicus brief we explained that sexual assault on college campuses, including assault of male students is pervasive.  The failure of these men to recognize sexual abuse is a common and insidious problem. College athletes are usually especially vulnerable to sexual abuse because of the intense love and trust they hold for their coaches and institutions; their dependence on their institutions for scholarships and other support; the power and authority wielded by team coaches and doctors; and the culture of “toughness” that encourages normalization of discomfort and harassment. We also focused on  how the District Court should have taken into consideration OSU’s role in coverup the sexual abuse and how they erred in determining the statute of limitations had run out on these claims since the male athletes did not know they were being sexually abused.

The brief can be found in the amicus brief database at Legal Briefs (socialworkers.org).

Also, see the NWLC’s  blog and tweet regarding the brief.