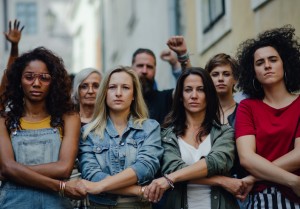 The National Association of Social Workers (NASW) and the ERA Coalition, along with numerous women-centered advocacy groups and organizations that work against sex-based discrimination and violence, on January 10, 2022 participated in an amicus brief supporting the view that Article V of the U.S. Constitution did not intend to recognize a time limit on the ratification process of the Equal Rights Amendment (ERA). The brief also discussed the importance of publishing the amendment since it will increase pressure on states to review their laws regarding sex-based discrimination and violence.

Background:  In January 2020, the ERA completed Article V’s amendment process. Since the ERA was then considered adopted, federal law required the Archivist to publish the amendment. However, the Archivist refused to do so based on their interpretation that the seven year time frame Congress established in 1972 by joint resolution expired years ago. The aim was to challenge the time limit and force the government to recognize the ERA as passed. The lawsuit argued that a time limit contained in a joint resolution of Congress could not possibly be effective to stop an amendment from becoming valid when Article V of the Constitution states that an amendment “shall be valid . . . when ratified by the legislatures of three fourths of the several States.” Unfortunately, the District Court sided with the defendants but that decision is now on appeal before the U.S. Court of Appeals for the D.C. Circuit.

The brief can be found in the amicus brief database at Legal Briefs at socialworkers.org.