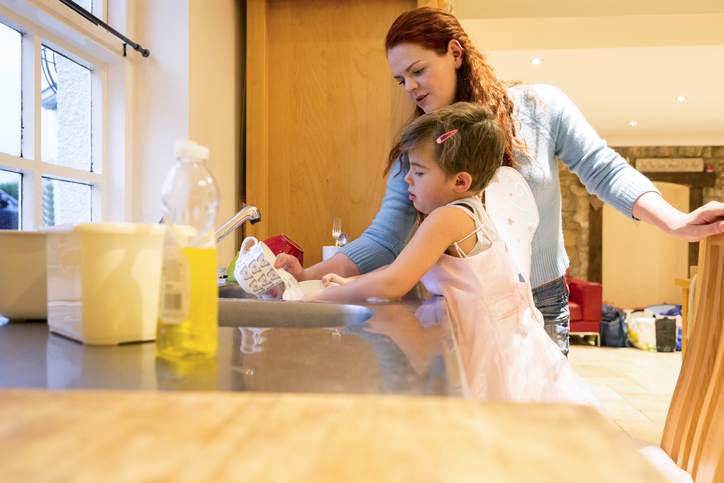 A woman and her transgender daughter wash dishes. Getty Images

On March 1, 2022, Lambda Legal and ACLU filed a lawsuit against the state on behalf of a family and a licensed psychologist to prevent Texas DFPS from conducting a child abuse investigation on a family who sought gender affirming health care for their transgender child. On March 11, 2022,  Judge Amy Clark Meachum blocked DFPS from investigating families solely on the basis of providing gender-affirming healthcare to their children. After the TRO was granted, Texas filed an appeal.

On March 18, 2022, NASW participated in the amicus brief, with several other child advocacy organizations, led by the American Professional Society on the Abuse of Children (APSAC) in support of the emergency motion filed by Plaintiff-Appellees. On Monday, March 21st, the Texas Third Court of Appeals reinstated the injunction to stop the state from proceeding with the investigations.

On March 23, 2022, the state of Texas filed an Emergency Motion for Temporary Relief with the state Supreme Court, again seeking to overturn the injunction (attached).

On March 25, 20922 NASW participated in in another APSAC’s amicus brief in support of [Appellees’] Response to Realtors’ Emergency Motion for Temporary Relief in the Texas Supreme Court, substantively the same as the previous brief.  Again, we supported reinstatement of the trial court’s injunction preventing enforcement of Governor Abbott’s Directive (also attached).

Here is NASW’s Statement of Interest that was submitted in the case:

The National Association of Social Workers (NASW), founded in 1955, is the largest association of professional social workers in the United States with 110,000 members in 55 chapters. Its Texas Chapter has over 5,000 members. NASW has worked to develop high standards of social work practice while unifying the social work profession. NASW promulgates professional policies, conducts research, publishes professional studies and books, provides continuing education and enforces the NASW Code of Ethics. In alignment with its mission to ensure the efficacy and quality of practicing social workers, NASW provides resources and develops policy statements on issues of importance to the social work profession. The NASW National Committee on Lesbian, Gay, Bisexual, Transgender, and Queer/Questioning + Issues develops, reviews, and monitors programs of the Association that significantly affect LGBTQ+ individuals.

Consistent with those policy statements, NASW, including its Texas Chapter, is committed to advancing policies and practices that improve the status and well-being of all LGBTQ+ people. NASW strongly advocates for the availability of culturally appropriate, comprehensive health and mental health services for LGBTQ+ people across their life span. [1] NASW asserts that discrimination and prejudice directed against any individuals on the basis of gender identity or gender expression, whether actual or perceived, are damaging to the social, emotional, psychological, physical and economic well-being of the affected individuals, as well as society as a whole. NASW supports the open availability of comprehensive health, psychological, and social support services for transgender people and their families that are respectful and inclusive, and provided by skilled, educated professionals who have been trained to work effectively with transgender people. [2] Furthermore, NASW supports children’s rights to be treated with respect as individuals; to receive culturally responsive services; and to express their opinions about their lives and have those opinions considered. [3]