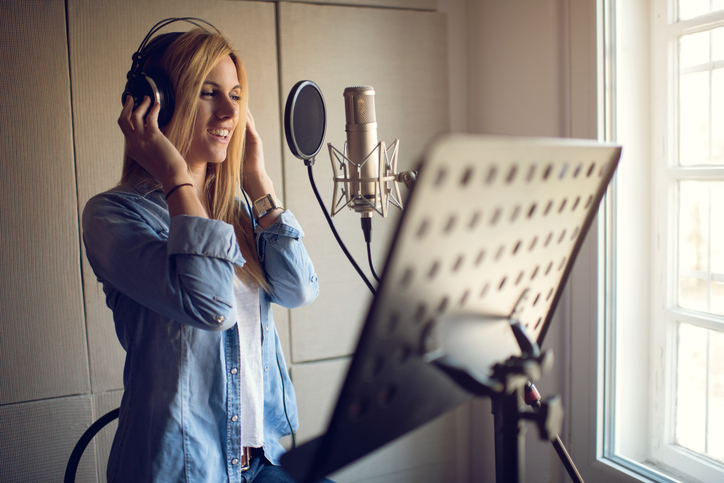 A vocalist works in a studio. Getty Images.

The National Association of Social Workers (NASW) and 30 other organizations joined an amicus brief led by the National Women’s Law Center (NWLC) in the case Gottwald v. Sebert.  The case was filed in the New York Court of Appeals in support of singer and songwriter Kesha who was sued for defamation by her  former producer, Dr. Luke, who sexually abused her in 2005 when she was 18 years old.

In 2014, Kesha filed a lawsuit against Dr. Luke alleging that he had sexually abused her in 2005 and seeking to be released from contractual obligations to continue working with him. On the same day, Dr. Luke filed his own lawsuit against Kesha for defamation, based on statements she had made in anticipation of suing him, in her sexual assault lawsuit against him, and in defending against his defamation related allegations against her.

Under New York law, statements made in litigation or in anticipation of litigation are protected by absolute privileges and therefore cannot form the basis of a defamation lawsuit. However, a New York state court allowed Dr. Luke’s defamation lawsuit against Kesha to proceed to trial, holding that a jury needed to decide whether Kesha’s “real” motivation for alleging that Dr. Luke sexually assaulted her was to get out of her contract with him. According to the court, if that was the case, then her statements would fall under a so-called “sham” exception to New York’s protections against defamation liability.

In the amicus brief, we explained that survivors of sexual abuse frequently face retaliation, including in the form of retaliatory defamation lawsuits, and that fear of retaliation deters many survivors from coming forward. We also pointed out that New York law provides important protections for sexual abuse survivors from the tremendous emotional and financial costs of defending against a retaliatory defamation lawsuit, and that the court cannot create illegal and harmful exceptions to these protections.

We also point out that people routinely bring lawsuits for multiple reasons – and ask for a variety of remedies – and that survivors should have the right to do so without being suspected of bringing a “sham” lawsuit. The lower court’s “sham” exception ​presumes that if a survivor has more than one reason for bringing a claim or seeks more than one change or remedy, she must not have actually suffered sexual abuse.

However, many plaintiffs bring lawsuits both to protect themselves and to change a defendant’s behavior in some way and sexual assault survivors should not be barred from bringing lawsuits to protect themselves from their abusers. If the lower court’s decision is not reversed, this so-called “sham” exception would make an already difficult legal system even more hostile toward survivors, as it could allow retaliatory defamation lawsuits to proceed against all survivors.

The Gottwald v. Sebert amicus brief  can be found in NASW’s Legal Defense Fund amicus brief database. Also, here are the  blog and tweet regarding the brief.