The news that four Los Angeles County Department of Children and Family Services (DCFS) workers have been indicted for criminal child abuse and falsification of documents in a 2013 case shook the social work world not just in California but across the country.

A child death is a tragedy and we all mourn the loss of Gabriel. At the same time, indicting county workers for doing their jobs in a flawed system where some children die, and making it a blame game will not fix a fundamentally flawed system nor will it prevent future child deaths. 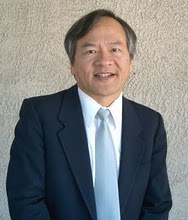 No one likes to hear this, but many child deaths are probably unavoidable. On average there are a little more than 100 abuse-related child fatalities a year in California. About half or so of those cases have some history with or are involved with the local Child Protection System (CPS). Large and small counties are affected. Poor and non-poor families are affected. We all are affected.

One of the misconceptions in our system is that if the child is involved with the CPS system, they will be 100 percent safe. In our world, nothing can be 100 percent. Should we try to get to 100 percent safe and zero child fatalities for children known to the system? Of course we should. DCFS has made strenuous efforts toward that goal with hiring hundreds of new workers and developing additional training, assessment tools, and more.

There’s something wrong however, when there are massive numbers of case worker vacancies because workers cannot sustain themselves under the burdens and stresses of these jobs, and for every two workers hired, at least one leaves. Or if you have to start by providing weeks of basic training for workers who should have already been trained in how to work with challenging and difficult situations by having a background in the profession of social work.

Children who need our protection need not only the best-trained workers, but they need those workers to have manageable caseloads and a well-functioning system that balances the courts, the provision of services, the care and management of a child and family’s case through an incredibly complex and bureaucratic system.

The National Association of Social Workers (NASW) believes that the best trained professionals are those with masters and bachelor’s degrees in social work. Professional social workers are trained in the NASW Code of Ethics from day one and throughout their social work academic program. All professional social workers learn to support families through the difficult and complex life experiences each of us may encounter and in which any may be overwhelmed. And, many receive specialized training in child welfare. According to our information, only one of the four indicted workers has been identified as having a degree in social work.

Degreed social workers aren’t perfect either and some make mistakes. We won’t know whether these workers made serious mistakes nor how bad any mistakes were until the justice system finishes its work.

But to show that this community is taking its youngsters seriously we would like to see a major reform of the child welfare system that involves a much greater effort on prevention and early intervention, changes in the working environment to reduce worker turnover including a reduction in paperwork/caseloads, and more emphasis on workers spending their time with families to provide treatment interventions instead of primarily case management.

We’d also like there to be more and continuous ethical training for all levels of child welfare staff including a Child Welfare Management Institute that balances the sometimes conflicting issues of budget, caseload sizes, and sound ethical treatment of clients.

In the most serious cases, we need to find better ways to monitor CPS-involved families in their homes and communities rather than perfunctory once a month visits, starting with smaller caseloads for each worker, and taking into account the amount of time it actually takes to do the visits, given traffic conditions in each area being served. While civil libertarians might argue against such intrusiveness, the fact of the matter is that after the family comes to the attention of our child welfare system, they’ve already been identified in their community as putting their child(ren) at risk, and those children found to be in such vulnerable circumstances deserve their community’s support in protecting them.

Child protection is the most challenging service the counties provide. It’s time we give it our best thinking on how to reform the system so it is treatment oriented, anti-oppressive, adequately resourced, and conducted in a positive working environment so well-trained workers will stay. Ethical conduct should be the highest value in performing the work rather than managing the budget with unworkable caseloads.