A 15-year-old girl with autism spectrum disorder became lost in Naperville, Ill., in July. Her parents had been working with her, and she had successfully been going outside alone, walking up and down the block where she lives. She had done well with that and wanted to walk around the block by herself. 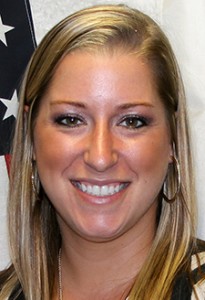 She either took a wrong turn or walked farther than she had planned, but she did not come back, and a missing-child call came in to the Naperville Police Department, said Police Social Worker Jamie Horner, MSW, LCSW, CADC, one of two police social workers in the department’s social services unit.
Almost the entire group of officers and detectives responded, Horner said. While the girl’s father stayed at home, her mother drove around looking for her. Some of the officers went to the home, and the others — working with the dispatch center — searched on foot and drove around in cars and on ATVs as they all sought to find her.
“My sergeant said ‘I’m going to go look for her,’” Horner said. “I wanted to help, so I started texting him on how to react to someone with autism: Do this, don’t do that. You need a much different response to a person with autism. Even getting her into a car could be a challenge. Minutes later, I heard over the radio that his unit had found her.”
When the sergeant returned to the station, Horner congratulated him and said he had done a great job directing someone with autism. He said her directions really helped him and she made him realize he had to step back and look at the whole picture.
“That was a really neat thing to hear from him,” Horner said. “It’s exciting when something positive happens from something so scary. That was a really, really good day.”
Social workers like Horner are filling an important role, whether they work as police department social workers as part of community policing efforts or operate independently but work in conjunction with officers as they treat young victims and witnesses of abuse and violence.

From the October 2016 NASW News. Read the full story here.