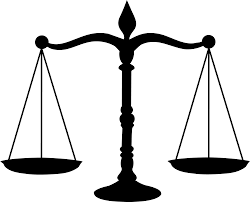 In Piro v. McKeever, Ms. McKeever, LCSW, fulfilled her duty to report suspected child abuse when she reported sexual abuse allegations to authorities against her client’s father. The allegations were not substantiated by the Department of Social Services (DSS), and the father sued Ms. McKeever.

He alleged that Ms. McKeever improperly conducted therapy sessions with his son, which resulted in a Child Protective Service (CPS) child abuse report being made against him and deprived him of contact with his children. Mr. Piro filed a complaint for negligent infliction of emotional distress; intentional infliction of emotional distress; and requesting punitive damages.

The trial court dismissed the complaint because it determined that the social worker’s alleged conduct was not ‘extreme and outrageous’ and the harm caused was not foreseeable. The Court of Appeals affirmed the trial court’s dismissal of the case and the father filed for review with the North Carolina Supreme Court.

In its review, the North Carolina Supreme Court was evenly split in its decision, which automatically resulted in the prior decisions being affirmed and the appellate court dismissing the case against Ms. McKeever.

Ms. McKeever was insured through NASW Assurance Services, Inc., and its panel attorney Jake Epstein provided her defense. She was further supported by the NASW Legal Defense Fund (LDF) with an amicus brief prepared and filed on her behalf by the North Carolina Chapter of NASW and the National NASW office.

Kathy Boyd, Executive Director of the North Carolina Chapter of NASW, stated that she “greatly appreciated the support and assistance of the NASW Legal Defense Fund in the preparation of a friend of the court brief. The issue of social worker immunity from liability to third parties for statutorily required child abuse reports is extremely important to social workers in North Carolina and throughout the country.”

This case serves as a reminder that social workers need to comply with the child abuse reporting requirements in their jurisdiction, keep adequate documentation of the information relating to the CPS report; and maintain adequate professional liability insurance.

Both the Legal Defense Fund and the North Carolina Chapter expressed their gratitude for the pro bono legal work provided by the McGuire Woods law firm in drafting the NASW amicus brief.

The amicus brief filed in this case is an example of the advocacy and support offered through the NASW Legal Defense Fund on legal issues of importance to the social work profession. In the amicus brief, NASW discussed the importance of protecting the child abuse reporting process; the need for immunity for mandated reporters and why it is statutorily recognized; and the reasons that no duty is owed to third parties, such as the father in this case.

It was NASW’s position that because the father was never treated by Ms. McKeever, the social worker owed no legal duty to him. Imposing third party liability on social workers who are mandated reporters of suspected child abuse would jeopardize effective treatment and have serious and detrimental consequences in preventing child maltreatment.

This case serves as a reminder that social workers need to comply with the child abuse reporting requirements in their jurisdiction, keep adequate documentation of the information relating to the CPS report; and maintain adequate professional liability insurance.

Although this case can be considered a victory, this issue is not fully resolved, because a tie decision is not a precedent for future cases. Since the North Carolina Supreme Court was equally divided, this ruling can be challenged in the future. Advocacy efforts on both a local and state level must continue in order to achieve, preserve, and advance the gains that have been made thus far.
For more information about the Piro v. McKeever amicus brief, go here.  And learn more about NASW Legal Defense Fund.