By Maren Dale, News contributor
Today, social workers are part of the fabric of our nation, leading the march toward social justice, bringing our nation’s social problems to the public’s attention and serving in nearly every sector. 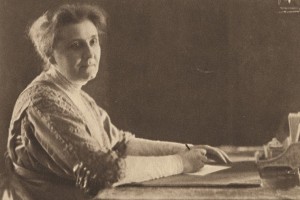 Jane Addams, known as “The Mother of Social Work,”
founded the U.S. Settlement House Movement in Chicago
in the late 1800s. Addams and other social workers after her
have led the way in developing social safety net programs.

Yet it was not long ago that many of the freedoms and rights Americans have today did not exist — and they would not exist — without the help of social workers advocating for them.
Civil rights, unemployment insurance, disability pay, worker’s compensation and Social Security, Medicaid and Medicare are just a few of the more recent initiatives social workers have pushed forward.
Without these social work pioneers dedicating their lives to taking action against injustice and oppression, the landscape today could look very different.
March is National Professional Social Work Month. As the nation faces new challenges in 2017 that many social workers see as unprecedented and perhaps insurmountable, this month can serve as an opportunity to take a step back, remember the challenges of the past and recognize the important contributions social workers have made to society.
In reflecting in this way, new perspectives and insights can be gained that can help social workers continue to move forward.
The 19th century was a time of innovation in technology and science. While today we marvel at new technology, such as virtual reality headsets, robotic surgical instruments and drones, in a similar fashion, people of the 19th century watched in amazement as the world around them rapidly transformed with inventions like the sewing machine, the steam engine and the railway system. Almost every aspect of their daily lives changed in some way.
While the changes brought about an improved quality of life for some, the migrations of millions from rural to urban areas also led to increased social problems — poverty, disease, increased child labor, prostitution, mental illness, and more — which eventually spurred social activism, such as Rescue Societies, which helped women get out of prostitution.
By the late 1800s, new social work approaches were emerging, and leading the way was Jane Addams, known as the “Mother of Social Work,” who founded the U.S. Settlement House Movement in Chicago.

From the March 2017 NASW News. Read the full story here.