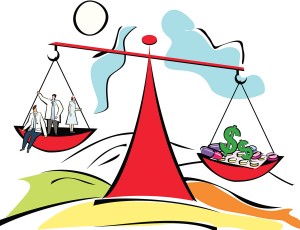 “She lived in Idaho, which did not expand Medicaid under the ACA” (Affordable Care Act, also called Obamacare), said Allen, an associate professor of social work at Columbia University in New York whose focus is low-income, uninsured adults.

“Here I study health insurance, and I have a 44-year-old sister dying of cancer who doesn’t have health insurance,” she said. “I felt so helpless to be an expert in this particular area and not be able to help my family. It was horrible. I’ve seen firsthand the consequences people have to this financial barrier.”

And, she said, she is not alone.

“This was my personal tragedy,” Allen said. “Four children lost their mother in the United States of America. It is wrong, and it happens every day. Everyone I know has a story like this. I’ve seen tragedy after tragedy.”

“I focus on insurance, and because I study health insurance, it’s my personal passion. I think it’s one of the biggest issues we need to address.”

The American Academy of Social Work and Social Welfare has focused the profession’s attention on the issue by making “Close the Health Gap” one of its 12 Grand Challenges for Social Work.

Now that group, which Allen is a member of, is proceeding amid the uncertainties of an altered political climate that is pushing potentially dramatic changes for millions of Americans who cannot afford to buy insurance on their own. 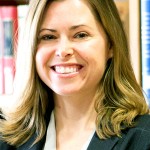 “We definitely have setbacks with the political climate, but at the same time, the election has banded people together and created a community of people who want to see change,” said challenge co-leader Michael Spencer. “It’s an opportunity for social work to encourage participation with changing structures.”

While he believes a single-payer system “would solve a lot of problems,” he said, “that’s not where we are starting with this grand challenge.”

“Now we have the ACA, a huge step forward for people and for this country,” said Spencer, BA, MSSW, Ph.D. and the Fedele F. Fauri Collegiate Professor of Social Work at the University of Michigan in Ann Arbor. “It needs more funding. It needs to expand and grow. Those states that chose to expand Medicaid are doing well. We can be idealistic — and we are — but we also believe the fight is before us, and where we’re starting now is with the ACA.”

The Obamacare Facts website cites a 2012 FamiliesUSA study that states between 2005 and 2010, more than 130,000 Americans died because they lacked health insurance.

“The number of deaths due to a lack of coverage averaged three per hour and the issue plagued every state,” it says. “Other studies have shown those statistics to be high or low, but all studies agree: In America the uninsured are more likely to die than those with insurance.”

A September report by the Henry J. Kaiser Family Foundation states: “The ACA’s major coverage provisions went into effect in January 2014 and have led to significant coverage gains. As of the end of 2015, the number of uninsured non-elderly Americans stood at 28.5 million, a decrease of nearly 13 million since 2013.”

In the following year, more people gained health insurance, according to data from the National Center for Health Statistics released in April. It found 18.2 million fewer adults overall lacked insurance in 2016 than in 2010.

Titled “Changes in Characteristics of Chronically Uninsured Adults,” the bulk of information covers changes for the chronically uninsured — those who lacked insurance for more than one year — from 2010 to September 2016. Those highlights include:

Among adults ages 18 to 64, the percent of chronically uninsured decreased from 16.8 percent to 7.6 percent.

The percent of chronically uninsured adults who lived in the South was higher than in any other region, increasing from 44.6 percent in 2010 to 54.7 percent in the first nine months of 2016.

From the June 2017 NASW News. Read the full article here.