A 4-year-old boy was brought into a North Carolina hospital emergency room in August after his mother’s boyfriend picked him up by his legs and threw him across the room. He told his grandmother, “Mommy didn’t protect me.” 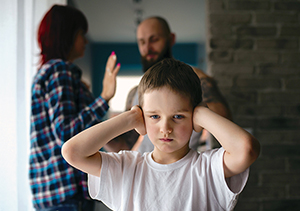 Family violence happens every day in every state, and it affects people in every stage of life, from infants to the elderly.
“There is no area of practice that domestic violence doesn’t intersect with,” said Tricia Bent-Goodley, a professor at the Howard University School of Social Work in Washington, D.C., where she is director of the Interpersonal Violence Prevention Program.

The social work profession is targeting solutions, as the American Academy of Social Work and Social Welfare named Stop Family Violence one of its 12 Grand Challenges for Social Work, calling it “a common American tragedy.”

Family violence “occurs throughout the country every day” and “may involve years of emotional and psychological trauma as well as physical injuries which may become increasingly more severe and occur more frequently over time,” the National Criminal Justice Reference Service states.

Unlike most other crimes, intimate-partner or domestic violence is usually not a sudden, isolated and unexpected incident. It may involve years of emotional and psychological trauma and physical injuries.It has a devastating impact on all involved, including children living with and experiencing it as witnesses and not direct victims, the NCJRS stated.

In a July report, the Centers for Disease Control and Prevention said homicide caused the deaths of 3,519 U.S. women and girls in 2015, and nearly half were killed by a current or former intimate male partner.

More than 11 percent of those experienced some form of violence in the month preceding their deaths. Non-Hispanic black women and women who were American Indian or Alaska natives experienced the highest rates of homicide

Approximately half the children who die from abuse and neglect are infants younger than 1 year old, and approximately three-quarters are under 3 years of age, says ”Within Our Reach,” a 2016 report by the Commission to Eliminate Child Abuse and Neglect Fatalities.

It may involve a “single, impulsive incident” or repeated abuse over time, the report says.

“It’s hard to pin down the numbers,” said Shanti J. Kulkarni, a challenge co-leader. “We’re talking about an issue that’s been hidden. It occurs in a private sphere behind closed doors.”

“This grand challenge focuses our attention on the specific issue of family violence in itself, but it’s linked to other problems — physical, emotional, financial, sexual,” said Kulkarni, associate professor of social work at the College of Health and Human Services at the University of North Carolina at Charlotte. “When we address something like that, we’re also addressing all the things that follow, all the issues that ripple out from that.”

From the October 2017 NASW News. Read the full story here.