The nation’s opioid crisis is creating a new threat in some of the hardest hit states: a social work workforce shortage in child welfare and addiction treatment. 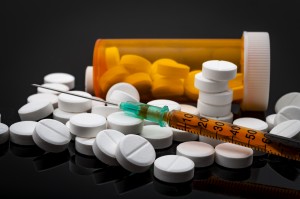 “The demand for social workers has always been high, but it is particularly true now,” says Michael Patchner, university dean at Indiana University School of Social Work.

The need for social workers led to a remarkable record at the school of social work in May.

One-hundred percent of social work undergraduate students who responded to a university survey asking about their plans after graduation said they either had a job or were furthering their education.

“We were the only unit with a 100 percent placement rate of the whole campus, which has around 30,000 students,” Patchner said.

The dean issued a press release about the statistic, which included his theories of why the workforce had reached new heights.

The Associated Press picked up on the news and it was published nationwide, including U.S. News and World Report. It noted the Bureau of Labor Statistics predicts that social worker employment will grow by 19 percent between 2014 and 2024.

According to Patchner, addiction to opioids is just one facet of the problem. Those suffering from addiction often cannot take care of their children properly, so their children are at risk.

That spills over to the child welfare system, he said.

“There aren’t as many treatment facilities as are needed in Indiana,” Patchner said. “Therefore, we have a lot of outpatient work providing treatment. There is just a need to address all of these social problems.”

He said he produced the press release in hopes of demonstrating that, nationally, social work is a very viable career.

“Often students in high school will not think about social work as a career,” Patchner said. “They enjoy helping their friends with their problems. They would like to have a career to do this kind of work.”

From the October 2017 NASW News. Read the full story.