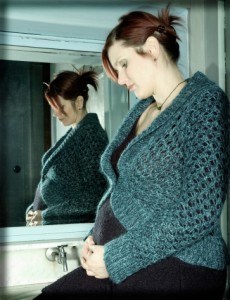 Opioid drug dependency has been getting increasing attention in the press lately, and in October, President Obama made expanding access to medically-assisted opioid addiction treatment programs the cornerstone of a new $133 million dollar federal program. Clearly the need to treat people with opioid use disorder is a priority for social workers and allied service providers.

In a recent issue of the journal Social Work Research, published by NASW Press, Laura R. Lander, MSW, LICSW, Kelly K. Gurka, PhD, Patrick J. Marshalek, MD, Mark Riffon, and Carl R. Sullivan, MD, FACP, published the findings from a study comparing outcomes from pregnancy-only versus mixed-gender group therapies for pregnant women with opioid use disorder. In this study, they sought to compare the treatment outcomes of pregnant women with opioid use disorders receiving treatment in pregnancy-only medication management and therapy groups with pregnant women receiving treatment in mixed-gender treatment-as-usual medication management and therapy groups. All patients received medication-assisted treatment with buprenorphine. The content of both groups included cognitive-behavioral therapy interventions, psychoeducation on the disease model of addiction, relapse prevention, and 12-step facilitation components. Given that the research suggests pregnant women want group content to include gender- and pregnancy-specific content, and a multidisciplinary treatment approach has been found to be most effective for pregnant women in treatment for substance abuse, the pregnancy-only groups had additional content including pregnancy-related topics such as labor and delivery, pain control at delivery, NAS, breastfeeding, and birth control. This content was provided by obstetrics and gynecology (OBGYN) and neonatal nurses, midwives, and lactation specialists. The researchers hypothesized that women treated in pregnancy-only medication management and therapy groups would have increased retention, better treatment outcomes, and higher group satisfaction than pregnant women in mixed-gender treatment.

The treatment of opioid dependence in pregnancy is a significant topic of concern from both the individual and the systems perspectives, and there is much researchers need to learn about effective treatment. The authors’ initial hypothesis was that a pregnancy-only group would be superior to treatment-as-usual in terms of retention in treatment, lower rates of relapse, patient satisfaction, and quality-of-life measurements. Their findings suggest that the two groups were very similar on all measures. To better test the hypothesis, future research with a larger sample size would be required. It is important to note that the pregnancy-only group was at least comparable to the mixed-gender group in terms of effectiveness, and that by offering pregnancy-only groups, treatment settings can increase the availability and access pregnant women have to services. From this study, it appears that one of the most important factors in managing pregnant patients with opioid use disorders is to reduce barriers to treatment and treat the opioid dependence itself. The 23% incidence of NAS in our population is noteworthy and adds to the evidence that withdrawal is less severe among babies born to mothers on buprenorphine.

Pregnant women with [substance use disorders] are among our most vulnerable populations. Developing evidence-based treatments that integrate their biopsychosocial needs and foster mutual support while facilitating interdisciplinary communication among providers is paramount for both the improved health of the mother and the unborn child.