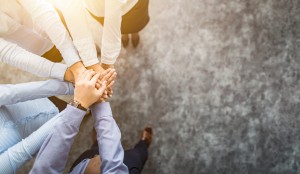 The Swiss psychoanalyst Carl Jung conceptualized the idea of “wounded healers” to refer to helping professionals who experience personal challenges that affect their work. Jung proposed that the physician who has experienced adversity is better equipped to understand the causes and amelioration of a patient’s suffering but may also experience limitations as a result of this personal history.

The study’s authors looked at social workers’ past and current problems with mental health, alcohol and other drug (AOD) use, gambling, and tobacco use. The researchers report that over four out of 10 participants experienced mental health problems before becoming social workers, over half experienced these problems over the course of their social work careers, and over a quarter were currently experiencing such problems. Nearly one in 10 respondents reported a history of alcohol problems and almost 6 percent reported a history of drug problems.

Approximately eight percent of participants reported experiencing post-traumatic stress disorder before their social work careers, which decreased by more than half at the current time, as did the level of eating disorders. Although the rates of bipolar disorder were not high, they remained relatively stable over time. The other three diagnoses reported by over one percent of respondents were attention-deficit/hyperactivity disorder, obsessive–compulsive disorder, and learning disorders, all of which decreased slightly over time.

The results of the current study appear to indicate that working in the field of social work does not increase the risk of AOD problems but may actually be protective in regard to substance misuse. The researchers speculate that it is also possible that some individuals who develop or continue to encounter AOD problems may not be able to maintain their positions over time and leave, or are forced out of, the social work workforce. They call for further research to help better understand these issues.