The National Association of Social Workers Foundation (NASWF) has announced social worker and former District of Columbia Department of Behavioral Health Director Stephen T. Baron is recipient of its Knee/Wittman Lifetime Achievement Award for his work expanding care and services for people living with mental illness and substance use disorders. 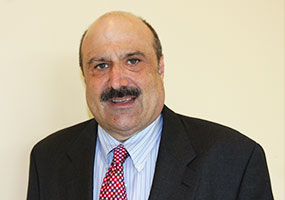 The NASWF Knee/Wittman Award was established through a bequest of Ruth Knee and Milton Wittman. The Lifetime Achievement Award is presented to a professional social worker who has made exemplary contributions in health and mental health practice, including direct or clinical social work; social work education; or social work research and administration related to health or mental health problems, issues or programs.

Baron, MSW, was director of the District of Columbia Department of Behavioral Health from 2006 to 2015. When he arrived the agency was in receivership because it lacked community-based services. The U.S. Department of Justice had also intervened to ensure the civil rights of hospitalized patients were protected.

Under Baron’s stewardship, the department developed a robust community system of care by working with 35 community providers. This resulted in improved, client-centered care. Baron also established mobile crisis teams, improved outreach to people who are homeless, and worked with the Metropolitan Police Department to certify more than 700 crisis intervention officers to support people with mental illness who came to the attention of law enforcement.

Baron’s work led to the successful end of a 37-year lawsuit against the department. The department reached a settlement agreement with the Justice Department, the federal court ended receivership, and a new Saint Elizabeths Hospital was built to serve people living with mental illness. Thanks to Baron, residents of Washington, D.C. and visitors to the city now have better access to mental health services in community clinics, community hospitals and at Saint Elizabeths.

Prior to working in Washington, D.C. Baron was president of the Baltimore Mental Health Systems where he developed innovative, community-based programs for adults, affordable housing for people with serious mental illness, and expanded service programs for children.

“Mr. Baron’s career has shown the crucial role social workers play in bringing about positive changes in our society, particularly for people who are most vulnerable,” Arnold said. “His work has touched the lives of thousands of people living in the Washington, D.C. and Baltimore metropolitan areas.”