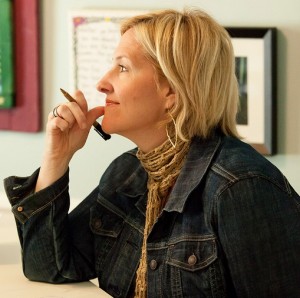 “Brené Brown has used her tremendous talent as a scholar, author and public speaker to make the public more aware of the ways social workers help people improve the way people feel about themselves and interact with their loved ones and communities,” NASWF Director Robert Carter Arnold said. “Her appearances on the Oprah Winfrey Network and her TED talks alone have spread the word about the power of social work to millions of people around the world.”

The International Rhoda G. Sarnat Award goes to individuals who increase public awareness and recognition of the value of professional social work. This prize is made possible by an endowment established by a contribution in 1996 from Mrs. Rhoda Sarnat, LCSW, and her spouse Bernard Sarnat, MD.

Brown is a research professor at the University of Houston where she holds the Huffington Brené Brown Endowed Chair at The Graduate College of Social Work.

Her groundbreaking work on vulnerability, courage, shame and empathy has helped thousands of people live more fulfilling lives. Her research has also enabled social work students to build their careers and share the benefits of her findings.

Brown is the author of three best-selling books – “The Gifts of Imperfection: Let Go of Who You Think You’re Supposed to Be and Embrace Who You Are,” “Daring Greatly: How the Courage to be Vulnerable Transforms the Way We Live, Love, Parent and Lead,” and Rising Strong: The Reckoning. The Rumble. The Revolution.”

The San Antonio, Texas native has also appeared on many radio and TV programs, including PBS and the Oprah Winfrey Network’s “Lifeclass.” Her 2010 TEDx Houston talk, “The Power of Vulnerability,” is one of the most watched TED talks in the world with more than 25 million viewers.

Brown is also founder and chief executive offer of The Daring Way and COURAGEworks – an online learning platform that offers classes based on her research.

“No matter where she goes or appears – on the radio, television or in public – Brené Brown is proud to say she is a social worker,” said NASWF President and National Association of Social Workers CEO Angelo McClain, PhD, LICSW. “She has vastly improved the way the public views social workers and is inspiring the next generation of social workers to follow her example. The NASW Foundation is proud to honor her with this award.”