Congratulations to the NASW and NASW Foundation National Award Recipients!

NASW and the NASW Foundation are thrilled to extend warm congratulations to the eight distinguished 2020 national award recipients. They were honored at A Virtual Night at the Awards, A Night to Remember on October 29.

NASW Foundation award recipients are briefly highlighted below. To learn more about the event and all eight wonderful recipients—including Dr. Iris Carlton-LaNey, recipient of the NASW Lifetime Achievement Award, and a member of the NASW Social Work Pioneers®—please follow this link >>

Please follow this link to the October 29 A Virtual Night at the Awards, A Night to Remember >>

Patricia Martin-O’Meally, MSW, LICSW, BCD, CPM, is the 2020 recipient of the Knee/Wittman Lifetime Achievement Award. She received a BA degree from Virginia Union University in 1968 and an MSW from Howard University School of Social Work in 1979. She first worked as a geriatric case worker from 1968-1973. From 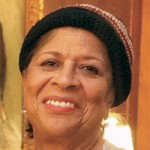 She was a pioneer in organizing and developing community-based programs to meet the needs of seriously mentally ill individuals who upon leaving the hospital needed services to support their adjustment to community living. She was a leader in helping establish critically needed services designed for long term institutionalized consumers from St. Elizabeths.

The Knee/Wittman Lifetime Achievement Award goes to social workers who have made exemplary contributions in health and mental health practice. The Knee/Wittman Award Program was established in 1990 to recognize those who represent the values, ethics, and approaches exemplified by two dedicated social work pioneers, Ruth Knee (1920-2008) and Milton Wittman (1915-1994). Read more >>

Erin Merryn, MSW, is the recipient of the Knee/Wittman Outstanding Achievement Award for her nationally known work in preventing childhood sexual abuse. Merryn has long advocated for states to enact Erin’s Law, which requires public schools to implement a prevention-oriented program that ensures every child in kindergarten 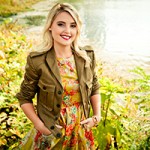 A survivor of childhood sexual abuse, she has worked diligently to lobby every state to pass Erin’s Law, beginning with her home state of Illinois in 2009. The law has now passed in 37 states. In December 2015, President Obama signed the federal version of Erin’s Law providing federal funding to schools to provide this education. Merryn has traveled across the nation to testify before legislators in support of the law.

The Knee/Wittman Outstanding Achievement Award recognizes an individual or group that has made a significant impact on national health and/or mental health public policy, professional standards, or exemplary program models. Read more >>

The Clarence and Diana Ming Chan Family is the recipient of the International Rhoda G. Sarnat Award for significant impact on school social work through monetary and visionary support to increase the number of school social workers in the San Francisco Unified School District (SFUSD).

Before she retired in 1999, after working as a professional social worker for nearly a half century, Ms. Chan decided to make a long-lasting impact by helping to increase the number of school social workers. With a generous family donation of $1 million, Ms. Chan worked collaboratively with the SFSUD and the National Association of Social Workers (NASW) Foundation to create an endowment to fund school social work in San Francisco. Beginning in the 2001-2002 school year, The Learning Springboard project was born, and has supplemented school social worker salaries every year since that time.

The International Rhoda G. Sarnat Award is given to an individual, group, or organization that has significantly advanced the public image of professional social work. This monetary award is made possible from an endowment fund established by a generous contribution in 1996 from the late Rhoda Sarnat, LCSW and her late spouse, Bernard Sarnat, MD. Rhoda Sarnat, a retired clinical social worker, former faculty member at the University of Southern California Graduate School of Social Work, and a member of NASW worked tirelessly to increase the public’s knowledge, understanding, and respect for professional social work locally, nationally, and internationally. Read more >>

Consider paying tribute to our 2020 national award recipients by making a congratulatory donation. Your generous tax-deductible gift to the NASW Foundation will support the important work of the social work profession and communities served. Please follow this link to donate >>

Thank you for your support and friendship. Please stay safe and healthy.