For the first time in the history of our country a sitting President has publicly announced his personal support for same-sex marriage.  The announcement by President Obama, coming off the heels of the disappointing North Carolina vote to ban same-sex marriages through a constitutional amendment, speaks volumes for the marriage equality movement and ignites hope in the LGBT community.

NASW has long held the position that persons of same gender sexual orientation should be afforded all the same rights as persons of other-gender orientation.  The Association has worked in a variety of capacities to advance marriage equality including several amicus briefs filed by the Legal Defense Fund.  For example, Goodridge v. Department of Public Health in 2002 establishing the right of same-sex marriage in Massachusetts by the highest court in the state, Jackson v. DC Board of Elections and Ethics, in 2010 challenging the proposed referendum to ban same-sex marriage in DC, and Perry v. Brown in 2011 challenging the legality of  Proposition 8 in California. 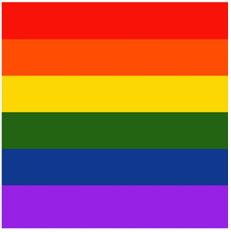 As noted in NASW’s Same-Sex Marriage Fact Sheet, there are more than 1,000 federal protections and responsibilities denied to gay, lesbian, bisexual, and transgender families because they cannot legally marry in this country.  Without the legal right to marry, for example, members of the LGBT community:

NASW President, Dr. Jeane Anastas, states, “President Obama’s courage in allowing his political stance on same-sex marriage to evolve to endorsement of full marriage equality is to be celebrated.  My wife and I are deeply grateful that our commitments to love, care, and mutual responsibility are being recognized as equal to those of any other married couple.  President Obama’s determination to ensure fairness is an inspiration to all of us.”