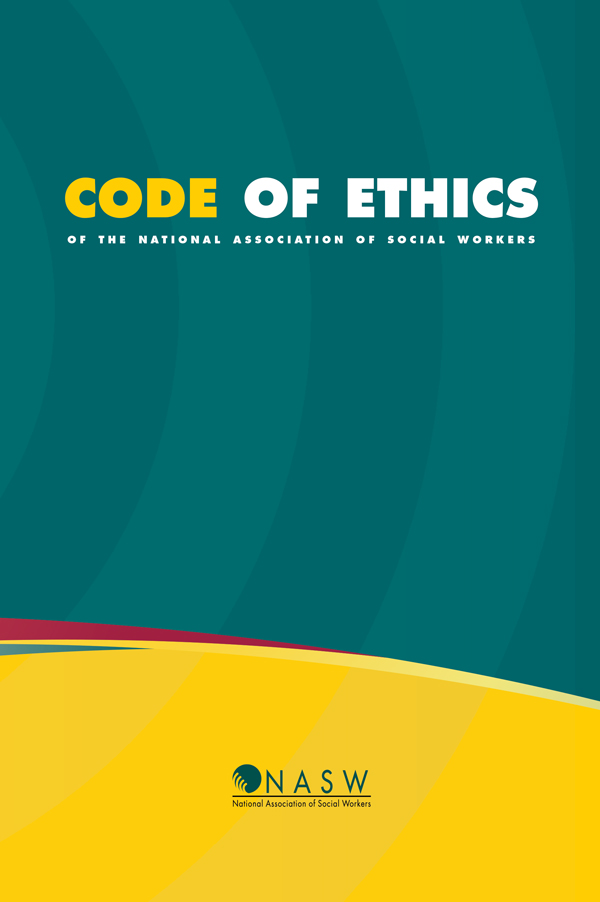 The Delegate Assembly of the National Association of  Social Workers (NASW) on August 4, 2017 approved the most substantive revision to the NASW Code of Ethics since 1996. After careful and charged deliberation, the Delegate Assembly voted to accept proposed revisions to the Code that focused largely on the use of technology and the implications for ethical practice.

The NASW Code of Ethics continues to be the most accepted standard for social work ethical practice worldwide. With emergent technological advances over the last two decades, the profession could not ignore the necessity for more clarity around the complex implications of new forms of communication and relationship building through technology. As such, in September 2015 an NASW Code of Ethics Review Task Force was appointed by the NASW president and approved by the NASW Board of Directors.

The Task Force was charged with examining the current Code of Ethics through the lens of specific ethical considerations when using various forms of technology. In September 2015, they embarked on a year-long process that involved studying emerging standards in other professions and examining relevant professional literature, such as the Association of Social Work Boards’ (2015) Model Regulatory Standards for Technology and Social Work Practice. In addition, Task Force members considered the technology practice standards that were concurrently being developed by a national task force commissioned by NASW, Council on Social Work Education, Clinical Social Work Association, and Association of Social Work Boards. A year later the proposed amendments were presented to the NASW membership for review, and many member comments were incorporated prior to finalization.

The approved Code of Ethics revisions reflect a collaborative and inclusive effort that drew from a diverse cross-section of the profession. The August 4 approval by the Delegate Assembly marks significant progress in the profession’s ability to respond to our ever-changing practice environment.

The new version of the NASW Code of Ethics comes into effect January 1, 2018. In the meantime, training and technical assistance opportunities will be made available through the Office of Ethics and Professional Review and the NASW website.

Our sincere appreciation again to the task force, NASW staff, and committed members across the globe who contributed to this momentous accomplishment.

2017 Approved Changes to the NASW Code of Ethics

Q: When does the new NASW Code of Ethics go into effect?

Q: Where can I get a copy of the revised NASW Code of Ethics?

Q: Which sections of the NASW Code of Ethics were updated?

A: The sections of the NASW Code of Ethics that were revised include:

Q: What educational resources are available to explain the latest revisions to the NASW Code
of Ethics?

A: Several resources will be available, including an online training, an NASW chat, a blog, code
revision consults, and a posting of the changes with the explanations on the NASW Web site.

Q: Which social workers are accountable to the NASW Code of Ethics?

Q: Do these changes affect social workers who aren’t members of NASW?

A: Yes. The NASW Code of Ethics sets forth the values, principles, and standards that guide the
profession as a whole, not just NASW members.

Q: Who was responsible for revising the NASW Code of Ethics?

A: An NASW Code of Ethics Review Task Force was appointed by the NASW President and approved by the
NASW Board of Directors.

Q: How am I held accountable if I do not implement these changes by the effective date?

Q: Have social work schools, employers, agencies, etc., been made aware of the changes?

Q: Who do I contact if I have additional questions?

If you have additional questions, please contact the Office of Ethics and Professional Review at 800-638-8799 ext. 231 or ethics@socialworkers.org