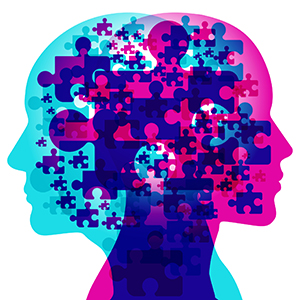 The American Psychiatric Association has announced revisions to the DSM 5 which will be released in March 2022. The revised manual, Diagnostic and Statistical Manual of Mental Disorders, Fifth Edition, Text Revision (DSM-5-TR) is used by clinical social workers and other health care professionals in the United States as the authoritative guide to the diagnosis of mental disorders.

Last updated in 2013, significant changes include the addition of prolonged grief disorder, the inclusion of symptom codes for suicidal behavior and non-suicidal self-injury, refinement of criteria, updates to diagnostic criteria, and specifier definitions.  A brief overview of the changes is provided below.

Clinical social workers may purchase a copy of the DSM-5-TR from Amazon, any large bookstore, or from the American Psychiatric Association.

New symptomatic codes identify the presence or history of suicidal and non-suicidal self-injurious behaviors. Researchers will now have a systematic way to track prevalence of these behaviors and other correlating factors that need ongoing attention.

The new manual provides updates and modifications to the set of criteria for over 70 disorders with revised descriptive text for  a number of disorders. It also contains an analysis of the effects racism and discrimination on the manifestation and diagnosis of mental disorders.

Diagnostic criteria for several disorders were clarified, to include the following diagnoses:

Additionally, changes to criteria were amended to include:

Changes to specifier definitions were also identified and are as follows: